Firefighters from several stations, along with a number of specialist appliances, were called to the blaze at Motorhog’s site in Bentley Moor Lane in Carcroft, Doncaster, last Friday, July 31st, after being called just before 10pm.

READ: LMA ON THE MEND AFTER WAREHOUSE FIRE

South Yorkshire Fire Service initially underestimated the size of the incident, as it was thought to only be about 30 cars. However, when the scale became apparent, some 40 firefighters were on site to tackle the blaze, and it was not until 1pm on Saturday afternoon that the fire was reported to be out.

No injuries were reported. 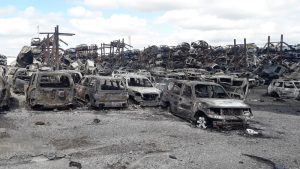 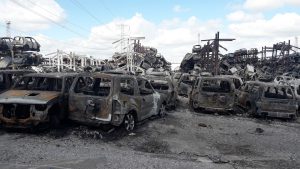 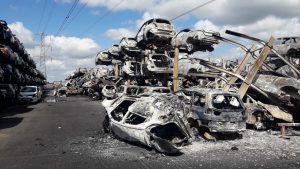