A HOT BED OF MODERN SLAVERY

The very fact that, in June 2019, there were more than 1400 active investigations into alleged instances of forced labour across the UK, compared with just 188 in November 2016, is indicative of just how rampant the problem has become recently.

The government’s Annual Modern Slavery Report, published in October, highlights the advanced nature of people trafficking gangs, and the heavy response it’s planning as a means of tackling the ‘hidden crime’. The four Ps – pursue, prevent, protect and prepare – lay at the foundation of Home Secretary Priti Patel’s anti-exploitation masterplan, which is designed to bring an end to the ruthless mistreatment of the up-to-13,000 estimated victims across the UK.

It’s not all taking place backstage, either. Hand car wash users across the country are urged to keep an eye out for timid workers, signs of on-site habitation and improper safety equipment in the search for human trafficking gangs. A lack of regulation in the sector makes it all too easy for victims to go under the radar, and the nature of the work means they’re often subjected to freezing temperatures and rain on a day-to-day basis.

The phenomenon was brought to public attention by the tragic death, in 2015, of East London car wash worker Sandy Laurentiu-Sava. The Romanian national was living in squalid conditions above the cheerily named Bubbles car wash in Bethnal Green, and was fatally electrocuted when the flat’s crudely mounted power shower short-circuited. His employer and landlord, Shaip Nimani, was jailed for four years. In the wake of the incident, Sava’s brother said: “It appears to me that the employment laws and rules and regulations in the UK are not strong enough, and that more needs to be done to protect the welfare and wellbeing of foreign nationals, to stop incidents like this happening again.” Some will argue, however, that the recent tragic deaths of 39 Vietnamese migrants in the back of a lorry in Essex, suggests that not enough is being done. 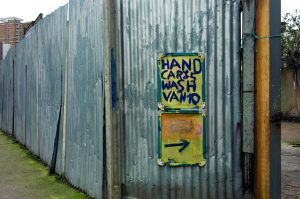 Charity group Unseen UK aims to put a stop to such incidents, with Head of Communications Tabitha Ross calling it ‘literally a matter of life and death’, in light of the organisation’s Q2 2019 report recording a nine percent increase in labour exploitation compared to the previous three-month period. Its publicly accessible Modern Slavery Helpine has helped to identify 15,000 victims of modern slavery since it was launched in 2016, becoming one of the country’s most vital weapons in the war against labour exploitation, but now faces imminent closure.

Ross says the charity is working to save the threatened resource, and is halfway to its £800,000 fundraising target, with resources in place to ensure continued operation into 2020. She notes, however, that now is ‘a difficult time for helplines’ in general, and that many ‘up and down the country are at risk of closure’. The helpline’s closure would significantly hinder the consumer’s ability to report suspicious activity at car washes, and could open the door for traffickers to set up new car washes, and import more labourers to work at them.

Unfortunately, says Brian Madderson, Chairman of the Petrol Retailers Association (PRA), ‘none of our enforcers seem interested in stopping it,’ and that illicit activity of this nature has found its way into ‘almost every corner of the British Isles’. The PRA represents 70 percent of UK forecourts, and notes a significant downturn in automated car wash trade over the past ten years – a result, so it claims, of the activities of illicit traders. Other countries, Madderson says, ‘are astonished to find that we have up to 20,000 hand car washes across the UK’, where they have none. Aggravating the issue, he says, is the fact that all the equipment and chemicals necessary to running a hand car wash are available from most builders merchants with no need to show any licence or certification.

In 2018, compelled by the government’s inactivity, the Church of England’s anti-slavery arm, the Clewer Initiative, launched a free-to-use ‘Safe Car Wash’ smartphone app, which supplies data from user reports to the National Crime Agency and Gangmasters and Labour Abuse Authority. Any car wash user concerned about employees’ working conditions can answer a series of questions before contacting the Modern Slavery Helpline. The organisation sees employment at a hand car wash as a ‘gateway’ to exploitation for the vulnerable, noting that it’s often an early port of call for people brought from overseas to the UK for work.

Madderson agrees, remarking that, though the hours are long and the conditions far from ideal, car washing ‘requires zero skill’ and brings in at least ‘some money’. For the desperate – and quite often undocumented – worker, it’s the most efficient way of securing a bed and clothing. But, warns The Clewer Initiative, ‘car washes pop up and down without much warning, and may also be cutting corners in other areas’. 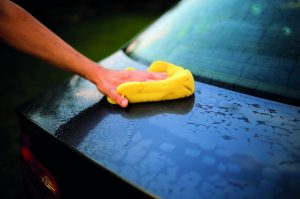 The organisation has received more than 2000 reports of suspicious activity since its app launched, helping to identify sites where workers were at risk of abuse. The app’s website, however, notes: “The findings show 126 calls to the Modern Slavery Helpline were made through the app. This is disappointing, as it is only 18% of those who were asked to call.” Madderson, having worked with the app development team, hopes that ‘significant upgrades’ being made to the app will encourage more users to take action. One function being rolled out will offer the location of a nearby, vetted hand car wash, which has been designed to drive business away from trafficking gangs.

Lack of official regulation has put the problem into the hands of consumers and struggling charities, and is taking money away from the regulated car wash sector. It remains to be seen if Anti-Slavery Commissioner Sara Thornton’s bold two-year strategy will have an effect, so for now it’s a case of being on the lookout for wrongdoing, and reporting it where possible.

WHAT TO LOOK OUT FOR

– Cash: If a car wash won’t accept a card or issue a receipt, it could indicate financial misconduct, and suggest staff are not being paid properly.

– Lodging: Look out for signs that workers are living on site, or arriving at the same time every morning, as insufficient accommodation is often provided by trafficking gangs.

– Equipment: As the nights draw in and temperatures drop, look for workers with bare hands, soggy trainers and short-sleeved tops.

– Nervousness: A victim of labour abuse will probably be unwilling to look customers in the eye or handle money, and might have very poor English.