A MATTER OF MOTIVATION

Forget SKUs, staff are the real asset in your business according to Mike Owen 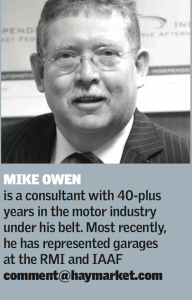 As I move around the industry, meeting business owners, managers and staff alike, the subject, however furtively, often returns to salaries; staff members lamenting the lowly stipend they receive and the management and investors are voicing their dissatisfaction at the cost of employment.

Just like the Yin and Yang, where the whole is the sum of the two parts, a modern motor factoring business is the sum of two parts – the first is just that, the parts stock; the second is the staff and just as lousy stock will bring you bad business, so will lousy staff.

The problem from the investors perspective is that salaries are too often used as a reward, ie. work first, reward second and that logic would suggest that lowly promise of basic wage brings you poor quality staff that, in fact, blinkers your horizons.

My brother, something of a maverick in business gave ‘Teddy a trip into the corner’ at a board meeting as those assembled around the table were, in his opinion, ‘not able to think big enough!’ A short period later, and having recruited some new directors, the company started to grow and indeed quadrupled in size; the moral is that your business is entirely in your co-workers hands – not just yours – and you want the best you can get, not the cheapest!

As with any level of business you ‘have front of house’ and you have the ‘worker bees’ – both are equally important; both need motivating and rewards; both form the whole that is the experience your customers receive – and that they judge your business by. 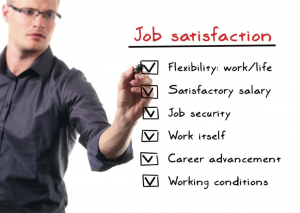 PEOPLE POWER
I’ve written before about the need to develop staff and this, from which ever direction you look at it, incorporates training – either sales training, your firm’s methods and Unique Selling Proposition and, of course, product. But does it finish there? If you invest in your staff in this way you have two things that you must also do, namely create an environment in which they can use their new found knowledge and measure how much of it they use.

We had some dealings with a well known factor who was almost Dickensian in the way they dealt with their staff with screens about their businesses bearing down on employees who use the phone with such detail as calls waiting, ring times – how long each quality caller waited, in fact an environment in which the caller ‘bought’ and nobody ‘sold’ forcing staff to ditch callers rather than listen to them.

You see, marketing gets the phone to ring; salesmanship decides the volume of the invoice! Related selling is when a salesperson adds value to the initial request and motivated staff who are trained, measured, inspired and rewarded will take a mediocre business and turn it into a world beater.

BONUS
Before you ask, yes, I do advocate performance bonuses but, as with all things to do with staff, salaries it must be simple, very understandable and beyond scrutiny – never let a staff member feel they have been cheated. Daily information about all elements that impinge on the bonus is ultra-important – and no cap!

Some say: ‘They’d be earning more than me’ – good! Just think how much they’ll be earning for the company? There is however a cautionary tale, beware of bonus schemes that roll up, these can put you squarely in a position where-the-sun-don’t- shine. Take any scheme you are considering and extend it to the extreme and look at the effects – just in case.

I advocate some now, some later. Consider monthly, quarterly and annual increments that help build continued interest in performance – clean-book payments create ‘good time to leave’ points; car salesmen always used to leave in September so they could take the commission and run.

BENEFITS
Staff now look for the other benefits in addition to salaries, loyalty often comes from belonging and this can come from involvement in group incentives. These can be as diverse a case of wine sent to the staff members house preferably, or to buying the team a big breakfast or a night at the dogs. Most importantly, don’t forget to emphasise your appreciation for their effort. There is a magical quote that says ‘A business alone cannot be successful – a business will only ever be successful when those who work in it are equally successful’ (No there isn’t – Ed) this may seem trite but it’s also true. Oh yes, you can increase staff volume but this papers over the cracks – it also smacks of Civil Service mentality (just send me another person).

Just as you stock the right quantity of product using your knowledge of the market and using stock management skills you needs to stock people the right type of people to perform the functions of your business exercising people management skills, of course you need to control costs including salaries but you also need to invest and you should look to invest both money and time in educating and enthusing your greatest asset, your staff. Whilst you look for return on investment from your stock the return can be ten-fold from investing in people.