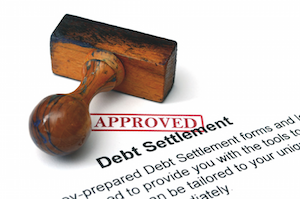 A customer will not pay their bill. Despite your requests followed by demands, you find yourself in a position where you’re getting nowhere and the debt remains outstanding. Your thoughts turn to the law, but what steps do you need to take before you can “see them in court?” Well, as it turns out, more than you may have thought.

Business creditors dealing with a debt claim involving an individual, as opposed to a business, currently have to follow a simple set of rules. However, from 1 October 2017, the new Debt Claims Protocol will apply and businesses will need to ensure that they have complied with it when trying to collect debts owed. The Protocol will be used alongside any other regulatory regime to which the creditor may also be subject.

Sarah Carlton, an associate at Fox Williams LLP, says it’s important to note that the new rules only applies to businesses (including sole traders) claiming payment of a debt from an individual which also includes someone in business as a ‘sole trader’ – “the Debt Claims Protocol will not apply to debts from a business owed to another business (except where a sole trader is involved), and nor will it apply to claims issued by HMRC.”

REGIMES
The current position for debt claims is that a business creditor, or its legal adviser, will issue a Letter Before Claim to the debtor, in order to give them a chance for the matter to be settled before court proceedings. The new rules seek to formalise the process even before a Letter Before Claim is issued. Carlton says that in practice, “this will likely mean more work will need to be undertaken before even a simple debt claim is issued, the intention being that the parties try to settle the matter without the need for court proceedings while protecting debtors facing prospective legal proceedings from creditors.” Where a firm, or its legal adviser, intends to send a Letter Before Claim over an unpaid debt, the Debt Claims Protocol aims to encourage early communication between the creditor and debtor without having to involve court proceedings.

In terms of process, the debtor will have 30 days to respond to the Letter Before Claim once it’s been sent. If the debtor fails to pay the claimed debt, another letter must be issued from the creditor giving a further 14 days for them to respond, and in theory the person with the debt should use a new special form.

Carlton sums up the thrust of the process: “Creditors should seek to take ‘pro-active’ steps to engage with debtors whatever their response to a Letter Before Claim, even if the Reply Form has only been partially completed”. She adds: “The creditor should make attempts to contact the debtor and obtain any further information that is required to appreciate the position of the debtor.”

Of course, the parties may not be able to reach an agreement or resolve the debt repayment, in which case both should take steps to resolve the dispute without starting court proceedings. Here Carlton says that they should consider other forms of Alternative Dispute Resolution (ADR), for example ‘a without prejudice meeting’ or mediation. “Again,” she explains, “the obligation remains on creditors to consider the cost against the benefits when deciding whether to proceed with ADR – it may be the case that the amount of debt claimed does not justify such a process.”

Unfortunately, if the parties do reach an agreement and the debtor later defaults, the whole process must be restarted and a new Letter Before Claim will need to be sent to the debtor.

Carlton says that only time will tell whether individuals will use the new rules to frustrate collection actions against creditors, and whether the front-loading of costs onto the creditor pre-hearing may prevent creditors from pursuing all of their debt actions – “creditors who regularly have claim money from individual debtors will have to consider whether the preparation work now required makes the claim worth pursuing” she concludes.

The Debt Claims Protocol requires that a standardised Letter Before Claim be sent to a debtor and that it contains particular information: