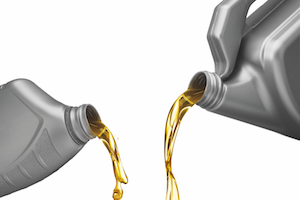 Old specs to be discontinued as new oil sequence is introduced.

In the ever-changing world of modern lubricants, the ACEA A1/B1 standard is no more from December 1 2017 (though you can still sell products with this mark for another year). In its place is ACEA C54. So why the change? “In terms of the background to the removal of A1/B1 this grade reflects the trend towards low viscosity lubricants such as 0w20 which are becoming increasingly popular for newer modern cars, especially those from the Far East” explained David Wright, Chairman of industry body Vehicle Lubrication Standards (VLS).

We spoke to an industrial chemist at lubricant firm Comma, who confirmed that in a lot of cases, products that had been made to the old standard (or ‘sequence’ as it is known in
the lube business) were already compliant with the new one. Producers that had tested their products and found they met C5 were able to label them as such from December 2016 (and it became mandatory for new products produced since December 2017 to have the mark, though as mentioned you have a while to sell through anything that still has the A1/B1 label).

Our chat with the Comma chemist also confirmed some other good news, namely that as the makeup of the additive packs are broadly similar there shouldn’t be any significant price difference. Variations in lube prices are more likely to be down to the raw cost of products, rather than any different technology. It is also worth noting that most new C5 products will be have a high temperature viscosity of 20, rather than the more usual 30.

TOTAL QUARTZ
There are a few oils on the market ready to meet the new ACEA C5 technical standard. Among them is the new Total Quartz 0w20, which has been developed to meet a number of VM approvals,
including Volkswagen Group’s 508.00 ‘blue oil’ standard (despite the name, the product is in fact green). The criteria set down by VW Group were described by Total as being ‘severe’ as long-life oils can go more than 18,000 miles between changes.

Oil blender Comma is also among the first to market with a C5 oil. The firm’s Eco0-F 5w30 product needed no extra reformulation to meet the new standard, and is now sold bearing the mark. However, may of the major suppliers have yet to bring a C5 oil to range.

WHAT IS ACEA?
The European Automobile Manufacturers’ Association (or Association des Constructeurs Européens d’Automobiles in French, hence the ACEA abbreviation) is a group that represents the 15 most important European motor vehicle manufacturers. The website oilspecifications.org notes that ACEA is the successor of CCMC (Comité des Constructeurs du Marché Commun). According to their statement, ACEA is an advocate for the automobile industry in Europe, representing manufacturers of passenger cars, vans, trucks and buses with production sites in Europe.

Among various other activities ACEA defines specifications for engine oils so called ACEA Oil Sequences. The sequences are usually updated every few years to include the latest developments in engine and lubricant technology. ACEA itself does not approve the oils, they set the standards and oil manufacturer’s may make performance claims for their products if those satisfy the relevant requirements. According to fuel supplier Infineum, there are a number of revised tests for C5 oil, compared with previous standards. These include tests for the effects of biodiesel and high temp, high shear rates.