ALL CHANGE ON BUSINESS RATES 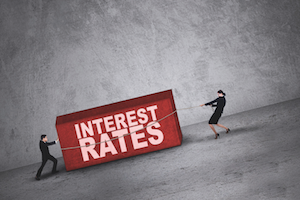 The last two years have brought challenging times for ratepayers and there is little respite on the horizon. With the 2017 revaluation, rateable values are increasing substantially throughout large swathes of the country and the high street is in the front line.

According to Richard New, a real estate litigation partner at Eversheds LLP, ratepayers pay roughly half of what the Valuation Office assess to be the market rental value for each commercial property they occupy, whether or not they own the freehold or the leasehold of that property.

The last rating list was based on 2008 rental values and the impending revaluation came into effect on 1 April 2017, with rental values being assessed as of April 2015.

New says the 2008-2015 period was an especially volatile period for the property market. “However,” he adds, “many cities were over the worst of the downturn and had started to accelerate by 2015 so have seen sizeable increases in their rateable values.”

The Valuation Office published the new rateable values in draft late last year and is inviting representations from ratepayers as to any factual or other substantial errors. New advises ratepayers to instruct a RICS qualified rating surveyor to see whether there is any scope for challenge. “The list went live on 1 April 2017 and ratepayers can now appeal their assessments formally, but a new system was brought into effect which will influence which battles ratepayers wish to pick.” He says that the Valuation Office is hoping that the introduction of the Check Challenge Appeal process will reduce the number of frivolous claims and lead to more challenges being settled in the early stages, with fewer appeals being heard before the Valuation Tribunal. Under the old regime it was felt that too many appeals are being put in speculatively with little chance of success.

“In essence,” says New, “the changes to the appeal process should prompt ratepayers to be more diligent in their appointment of trusted, well- respected advisors because the process will now be more paper-heavy and forensic from the outset.”

Check Challenge Appeal places greater emphasis on the ratepayer ensuring that the appeal is well-founded. “Ratepayers will need to ‘frontload’ more than they currently do for the appeal process, both in terms of assessing opportunities and accumulating evidence,” says New. He warns that except for physical changes to the property or its locality, the ratepayer will only get one chance to appeal.

Under the first step of the new regime, Check, the sides will agree factual evidence regarding the property concerned. “The ratepayer will be responsible for the accurate presentation of information regarding the property and the Valuation Office will reassess whether an amendment is merited,” says New. He warns though, if ratepayers present false information they may find themselves fined.

Challenge follows if Check leads to no amendment. New says ratepayers should expect to state the detailed grounds for the alteration and provide evidence in support. “This might be market data or legal or factual representations which support a change to the rateable value. There will then be a period for negotiation.”

With, Appeal, it is likely that limited evidence can be brought in front of the Valuation Tribunal except for that disclosed during the Challenge phase. This is why New says that there is a real need for comprehensive thought to have gone into the submissions made at an early stage of an appeal. He notes that rather like an employment tribunal claim, those wanting to take an appeal to a hearing will have to pay a £300 fee.

“What is interesting about Check Challenge Appeal,” says New, “is that it will undoubtedly put more onus on ratepayers, both in terms of time and money they spend on preparing its appeals and in compliance with time limits.” He explains that if ratepayers fail to submit evidence by certain deadlines then their appeals will be terminated instantly, but how this will operate in practice is still open to speculation. “This would seem to be unreasonable given that the Valuation Office is recommending that it has 12 months to deal with the Check phase and 18 months in which to deal with the Challenge, so the prospect of an early decision is questionable.” It’s also important to note that the appeal can lead to a rise in the rates and not necessarily a reduction.

The lesson is clear. Businesses must make a point of checking their business rates valuation. If they feel that they have a genuine case to make they should engage an appropriate RICS qualified rating surveyor (see ricsfirms.com) and put together their case for an appeal. They only have one bite of the cherry and so the case needs to be well researched.

BUDGET AND THE CHANCELLOR

In his March 2017 Budget, the Chancellor bowed to pressure to help those businesses most adversely hit by the April 2017 rates revaluation. “We cannot abolish business rates as they will fund local government,” Mr Hammond said, noting that he wants to find a way of taxing the digital economy. He added: “We will set out our preferred approach in due course”.

In the meantime, the Chancellor promised to cap business rate rises at £50 a month for those leaving small business rate relief (currently set at £12,000 in value but rising to £15,000 from April). There is also to be a £300m discretionary relief fund made available to local authorities to tackle other rates- related issues in their local areas.

Overall, Hammond reckons that his announcements equate to a £435m cut in business rates.