ALL RISE FOR THE SOCIAL REVOLUTION

By: Will Trinkwon is part of Haymarket Automotive’s training programme

In the past 10 years, a revolution has happened without a solitary shot being fired. Old communication methods were supplanted, and now almost everyone communicates by social media.

According to the latest figures, more than 83 percent of people use social media of one form or another on a regular basis. So, if your business isn’t on Twitter, Facebook or Instagram, you’re missing out on customers, especially since the coronavirus pandemic has given a lot of them more time to scroll through their feeds. 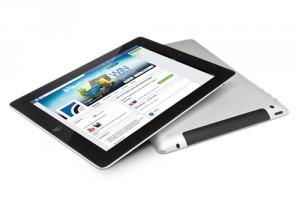 While the old maxim of ‘if you don’t have anything interesting to say, don’t say anything’ is still true to an extent, you can be sure that if you are not on social media channels and have a consumer-facing presence, then it will be your competitors that get the pings and DMs about their services and products.

Jacob Sotiris,Digital Director of automotive marketing agency Calibre Group, explained: “There’s now a lot more talk around digital and social media: it’s not a ‘nice to have’, it’s more of a ‘must have’. Businesses have to be present in these places.”

Never a company known to do things by halves, factor giant Euro Car Parts got on to social media in a big way a decade ago,which was around the time that the current owner LKQ took over the company. While it is active in one form or another on various channels, Facebook is the most popular with 173,655 followers at the time of writing.

Helen Robinson, Coms Director at the firm, says they viewed social media as integral to the business. “Within the aftermarket there is no doubt that using social media is becoming more a key factor in a business’s success,” she said, adding: “Social media is a key pillar of both our customer service offering and marketing activity.”

For example, Euro Car Parts primarily uses Facebook and Instagram to ‘communicate deals and new product launches’ while it also has a separate Facebook group, which is used as a forum for discussion and conversation between members of the public who are car enthusiasts, rather than the trade. Meanwhile, Robinson notes that Twitter
is a ‘natural channel for customer services’.

Once you’ve resolved to take social media seriously and come up with a strategy, the next step is to put together a team to implement it.

If you’re a really small business this might just be yourself, in which case read this section with a pinch of salt, but more likely at least a couple of staff will be responsible for your social media, in which case it’s pivotal that you have
a discussion about branding. Rather like the tree falling in the woods where there is no one to hear it, if you set up social media accounts, but don’t update them or monitor them for incoming messages, do they really exist?

South Wales-based independent Avia Sports Cars Ltd is an award-winning garage with a good social media ‘brand’. Read some of their posts and you’ll notice they have a similar tone, even though they were written by different team members. The reason is Avia boss and social media manager Hayley Pells has a ‘brand’ for the business and she ensures that the team posts with one tone of voice.

“From the beginning I made a point of putting a policy in place of what sort of messages we wanted and what would be acceptable behaviour online,” she said. So the team know exactly how to talk to customers online – and just as crucially, to uphold Avia’s values across platforms.

This behaviour is not always automatic. “Some staff don’t always understand that social media isn’t private” Pells said. “I tell my staff that it’s as if you’re in the workshop.”

Social media is a social form. This holds true for interacting with other businesses. Tuning and accessory firm AC Schnitzer UK are the UK branch of German tuner AC Schnitzer. They exemplify another virtue of social media: collaboration. Businesses shouldn’t be afraid to work with and reblog content from other companies and even individuals.

Lorcan Parnell co-runs Schnitzer UK’s social media, and stresses: “It’s not just us. Our dealers in the UK have their own social media presence as well and partly our role is to support them to generate content that they can share with our cars.”

A glance at their feeds reveals that many of Schnitzer’s popular posts are reblogged, a collaborative effort between Schnitzer and dealers.

“AC Schnitzer in Germany does an excellent job and we can rebrand their posts sometimes,” said Parnell, who also flags Tony Lewis, a BMW dealer with more than 20,000 Instagram followers.

“Tony is one of our dealers and now he’s running a demonstrator car,” Parnell said

The other advantage to reblogging is that it helps make your posts more authentic. Calibre Group’s Sotiris, who stresses the importance of sincerity in his social media workshops, says the best social media is ‘very transparent and authentic’. Reblogging posts by customers and partners allows you achieve this sincerity and strengthen business ties.

As we’ve seen, Twitter, Facebook and Instagram are key for business social media and a great starting point. But how do you turn leads from the apps into paying customers?

Avia’s Hayley Pells searched beyond traditional platforms and found a web-based application called Booksteam, which allows customers to book themselves online, once they have found you. After they’re booked, they can manage their appointment if they need to change it, and the system has the ability to accept card payments if required.

“It has been really useful for us, especially through the pandemic,” said Pells. “The functionality is such that there’s not really much opportunity for conversation, but our customers have often already interacted, they just want to book an MOT, or a service. So we found that this system has been really useful.”

The garage also has software so that customer text messages come directly through to the firm’s computers. “The real beauty of SMS messaging is that everyone can see previous conversations and what’s going on” said Pells. “So if someone texts in that they want to make a booking, or if they’ve got a query on an invoice, you can see all the conversations.”

There’s no one correct strategy for using social media in business, but just like connected cars and electric vehicles, if you aren’t on the right side of the revolution, you may well miss out altogether and, you know, YOLO.