Another counterfeiter caught by Autodata and Trading Standards 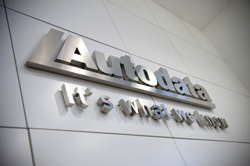 Autodata has snared another prolific software counterfeiter in south of England with the help of Trading Standards.

The suspect who was arrested for piracy and distribution of illegal software, was apprehended in a combined operation between Autodata, Southampton Police and Slough, Monmouthshire and Southampton Trading Standards.

After several months of intense investigations the counterfeiter was seized at a hire car depot, returning a vehicle used to travel the UK selling the pirated software.

The suspect was found in possession of a large amount of cash, a number of electronic devices and quantities of discs,

Autodata said: “The seller had been the subject of intelligence gathering for some time, to have his operations brought to an end is a big plus for the whole industry. The fight against those who continue to put public safety at risk through the sale of dangerously expired, pirated software will continue as we seek to support the appropriate authorities in bringing these individuals to justice.”

Slough Trading Standards added: “There was a brief window of opportunity for us to arrest the subject cleanly and on the day timings went perfectly.”