By: Simon Michell is National Account Manager at Certas Energy

Tings are happening at pace in the world of hybrid cars. There are more than 200 models sold in the UK and it is the fastest-growing category of vehicle in Europe. And now there’s a range of dedicated hybrid engine oils on the scene. 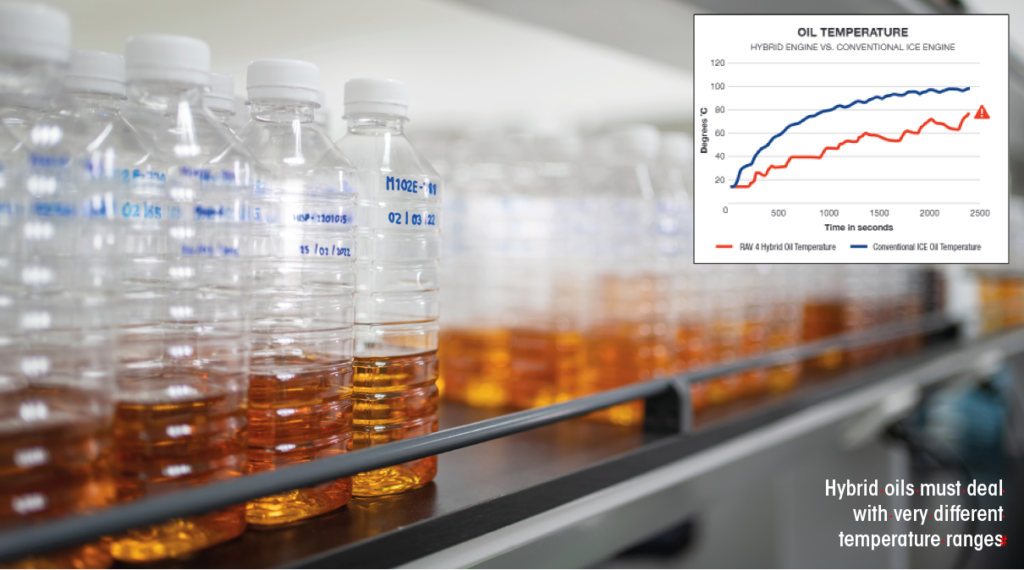 The good news is there are only three hybrid-specific oils, namely 0W-20 C5, and 5W-30 in C2 and C3. But are these oil just examples of greenwash… Well, the answer to that question is no. Hybrid engines have a completely different duty cycle from conventional motors.

The duty cycle can be thought of as what happens to the engine on a journey. Take joining a motorway for example. You give it the beans and a conventional engine just delivers the power.

With a hybrid, electronics figure out if the engine or the battery or even both power sources are going to be needed. Now here is the rub. The engine is possibly cold or at least cooler than it should be. Why? Because since leaving the house the car has been running at least partly on electric power,  and conventional engine oil is designed to work best at optimum temperature, typically 90-100 Celsius.

There are other problems as well. Because the engine in a hybrid is switching on and off and therefore running hot and cold, condensation in the oil becomes an issue. Also, engine restarts are around 10 times greater with a stop-start system, something in the order of 500,000 compared with 50,000 on a conventional engine over 100,000 miles. There are also harsh power demands that are tough on the engine and oil.

Welcome to the world of hybrid oil. This is engine oil that is specifically designed to handle these changes in temperature and sudden demands for critical engine protection and instant power.

Tests by Valvoline in hybrid vehicles in Norway have shown that there can be up to 15% water in the oil. This is because the oil has not had a chance to get hot enough to evaporate the water. You can imagine the consequence of potential corrosion in the engine.

Another challenge is the amount of copper in hybrid powertrains. The high proliferation of electrical components inevitably leads to more copper usage. Copper has excellent electrical conductivity but corrodes easily. Hybrid oils have additives to keep this corrosion under control.

The third challenge is that of operating temperatures. Hybrid engines create more challenges with the variation of temperatures. The combination of these temperatures and condensation can lead to early oil oxidation (the ageing of engine oil), which in extreme circumstances creates an acidic slimy sludge in the engine, which exacerbates the copper corrosion. Conventional oil cannot handle these wild variations in temperatures.

In addition, the presence of water in oil can increase oxidation tenfold. High-quality antioxidants and corrosion inhibitors in quality hybrid engine oil keeps the oxidation and corrosion at bay. Water can exist in oil in three states. The least harmful is when the water is dissolved in the oil.

The second state is the dangerous one. When the oil becomes saturated with water it can turn into an emulsion. If this mix blocks the oil filter, well  you can imagine the catastrophic engine damage.

The third state is when the water and oil separates and the oil sits on top of the water which I saw demonstrated on my last visit to the Oil Analysis Laboratory. There, a chemist used the “crackle test” to detect water in engine oil.

So next time you sell oil for or service a hybrid car, bear this in mind. The advanced formulations are far more than just marketing hype.