Are your business rates set at the right level? 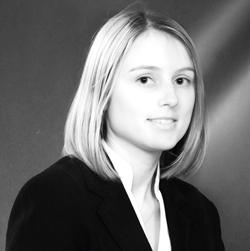 Louise Hebborn gives you an insight into the rules around business rates. If you know the ins and outs of it, you might be able to save some money.

Business rates, along with rent and employees, form a large part of the fixed costs that businesses and organisations have to pay irrespective of what they earn. While many at the top believe that a rates demand, once received, must be paid in full and without question, there are others who know that the system does have a little leeway built into it.

Business rates are a tax on property and all business premises are given a rateable value by the Valuation Office Agency (VOA) in England and Wales.

Despite calls for rates to be frozen during such tough economic times, the government implemented an increase in April 2012 of 5.6 percent.

Business rates can often be challenged through an official appeal process, however. There are three grounds to appeal:

Businesses who want to challenge their rating themselves can contact the local VOA to state why they consider the valuation to be incorrect. It can also be done online at www.voa.gov.uk.

The VOA will acknowledge the appeal within ten working days and check if it’s valid. If it is, they may visit the property. If it is a material change, say, alterations have been made to the property or the use of the property has changed, a visit may not be required.

There are various other ways to seek to lower liability. There have been instances of businesses shutting off floors of their premises to reduce their bill significantly; if part of the building is empty and not being used, it can qualify for rate relief.

Likewise, an empty property is exempt from paying rates for three months after it becomes vacant. If the premises are an industrial/warehouse building, it would gain a further three months relief.

Businesses that relocate to one of the new Enterprise Zones can take advantage of a 100 percent relief to their ratings bill for five years. There are 21 Enterprise Zones planned, with projects announced in Cheshire, Essex, Cornwall, Gosport, Hereford, Humber Estuary, Leeds, Sheffield, Birmingham, Bristol, Liverpool, London, Manchester, Derby, Nottingham, the Black Country, the Tees Valley, the West of England and the North East.

Rural businesses will also be eligible for relief, aimed at encouraging small businesses to remain open in more remote areas.

Businesses that are experiencing particular hardship should contact their local authority. They have the power to provide rate relief for struggling companies.

Road improvements, road closures and upgrades to transport infrastructure can sometimes be disruptive and restrict access for deliveries and customers. Under current law, there is no compensation available for loss of trade. But, for disruption over a sustained period, it may be possible to apply for a temporary reduction in the business rate, because the highway works may have affected the rental value of the premises over that period.

If a business is affected by local disruption, they can also contact their VOA directly to lodge an appeal to have the rateable value of the property temporarily reduced for the period of the works.

Eight out of ten retailers are paying more than they need to on card processing charges.

The Card Processing Advisory Service (CPRAS) reckons it can save 80 percent of retailers’ money. CPRAS founder Graham Hallewell said: “The way merchant providers publicise their rates is not always clear and the charges firms pay for processing card payments can be complex and vary enormously.

“There are many contributing factors, so it is not easy to make informed choices between merchant providers. It has nothing to do with the industry they are in.”

Hallewell reckons that the differences in rates between companies in the same industry can vary by as much as 100 percent. He says the service was able to save electronic security equipment distributor Norbain SD more than £12,000 a year.  There is no fee for consultation if you’re already on the most competitive rate, or if a switch does not save at least 10 percent over current costs.