The 2017 edition of the AutoInform Live technical training and networking event  has been held once again at the GTG Academy in Wolverhampton with around 200 attendees.

Diagnostic training expert and workshop owner, Frank Massey was on-hand to deliver training sessions on future technologies and industry issues, such as ‘Pumping losses’ – the mechanical inefficiency of a gasoline engine caused by the position of the throttle – and vibration analysis.

Speaking about the event, Massey said: “The event changes every year, and each time we try to put a different ‘flavour’ on it; for example, we might concentrate on ignition, common rail or emissions, which is a really big issue at the moment”.

“It means we have to do a lot of research – which is great for us – and to-date it’s been really well received. We’re getting good numbers and the right calibre of people: those who want to progress and succeed in the industry.”

“The garages love that this event takes place at the weekend: we did a survey after the Edinburgh show and people responded overwhelmingly that they wanted it on Saturday and Sunday as it meant they weren’t taking time out of their busy working weeks.”

AutoInform Live launched in 2014 with the support of the Original Equipment Suppliers Aftermarket Assoc. (OESAA), replacing a series of conferences organised by the Massey family. There was also an addition of the show held in Glasgow earlier this year. 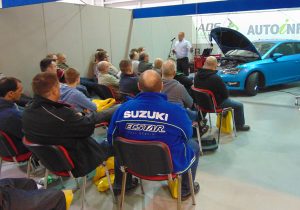 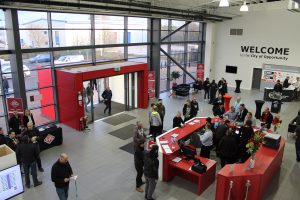