The preparations for next year’s Automechanika Birmingham are underway, with Show Director Simon Albert confirming that ‘over 300’ exhibitors have signed up so far.

Following a summer of touring the country and talking to exhibitors, the organisers are planning a number of new initiatives for the show. “One of the main things is improved networking” said Albert. “For exhibitors we are going to have a ‘facilitated meetings’ programme, so you can make appointments to have meetings with visitors on your stand”. He added that the event will host a network evening, where exhibitors and certain visitor groups can talk shop with each other.

2018 will also see a renewed focus on workshops. “We are also looking at garages, and we have had a lot of requests asking that the event caters more for them, so we are extending opening hours one evening, as we are aware that shutting their businesses early or all day is a barrier” said Albert. “Plus, garages will have their own dedicated hall, Hall 19. They can meet all of the tools and equipment manufacturers and they can certainly get a good return on investment on their day”.

Following the 2018 show, the orgainisers have announced plans to make the show a biennial event. Keep a lookout for the October CAT for more info. 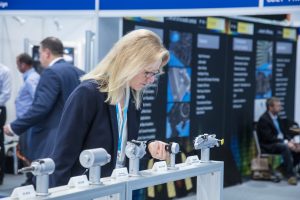