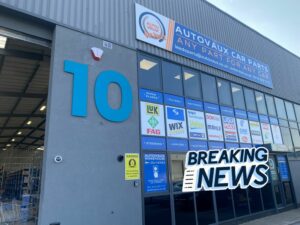 The trade counter employs nine people, and despite the name, now supplies an all-makes programme.

Autovaux, which is a trading name of HS Components, started as a single branch factor around 17 years ago. It moved to its current site in Dewsbury in 2018, but the new 10,000  branch in Leeds marks the first time the business has expanded to multiple locations.

“The reason why we decided to expand is because we had run out of space in Dewsbury” explained Director Paul Starling. “In order to have a deeper range of stock, we decided to have another warehouse, and another Autovaux factor here in Leeds was the way to go”.

The firm is independent of buying groups and top brands include LuK, Wix and Sachs.