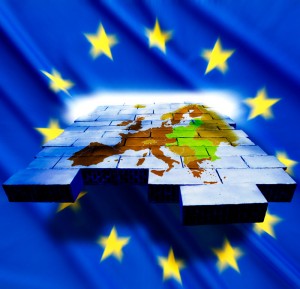 A group of bearing manufacturers including NTN, Schaeffler and SKF have been fined a total of nearly €1 billion for operating a cartel.

The European Commission handed out the fines to the companies as they ‘colluded to secretly coordinate their pricing strategy vis-à-vis automotive customers for more than seven years, from April 2004 until July 2011, in the whole European Economic Area.’

Japanese manufacturer JTEKT had its fine waived as it benefitted from immunity for bringing the existence of the cartel to the Commission’s attention.

The fines for the other five companies involved were reduced by between 20 and 40 percent under the Commission leniency programme, while each was cut by a further 10 percent as the firms agreed to settle the case.

Commission Vice President in charge of competition policy Joaquín Almunia said: “Today’s decision is a further milestone in the Commission’s ongoing effort to bust cartels in the markets for car parts, after the sanctions we imposed on producers of electric wires and of foam used in car seats.

“It is incredible to see that one more car component was cartelized. I hope the fines imposed will deter companies from engaging in such illegal behaviour and help restore competition in this industry.

“If left unchallenged, cartels for car parts might impair the competitiveness of the automotive sector and artificially raise the price paid by European consumers who buy cars.”

The Commission discovered that the companies involved coordinated passing on increases in the cost of steel to their customers, colluded on vehicle manufacturer requests for supply quotation and discounts and exchanged commercially sensitive information.

The Commission is investigating more products, such as airbags, safety belts and steering wheels, air conditioning, engine cooling products and lighting systems. It says any person or firm affected by anti-competitive behaviour as described in this case may bring the matter before the courts of the Member States and seek damages.