Automotive industry charity, Ben has announced the cancellation of its annual flagship event, Ben Ball, in December. As a result of coronavirus, the event won’t be taking place this year for the first time since World War II, contributing to a potential income shortfall of £1m for Ben this year.

Having asked those who regularly attend Ben Ball if they would consider attending this December, the majority of past attendees said they wouldn’t due to concerns surrounding safety in light of the virus and uncertainty around budgets.

The charity continues to support more and more automotive industry people with their health and wellbeing during this challenging time. Now, more than ever before, automotive people need the support of Ben to help them cope with anxiety, depression, money worries, bereavement and loneliness. However, this increased support comes at a time when the charity’s income has fallen as a result of the Coronavirus and the impact it has had on the finances of companies and individuals in the industry.

READ: THE HIDDEN COST OF POOR MENTAL HEALTH IN OUR TRADE

The cancellation of Ben Ball, along with the postponement of other fundraising events, as well as a decline in donations, means Ben is anticipating a £1m income shortfall this year, similar to many other charities. This is why the charity is appealing for those who can, to continue their support and keep providing vital funds so Ben can always be there for those who are struggling.

Matt Wigginton, Fundraising Director at Ben, said: “Making the decision to cancel Ben Ball is one of the hardest I’ve ever had to make, however with the uncertainty of the situation surrounding COVID-19 and the impact it has had on our industry, it was, unfortunately, inevitable. 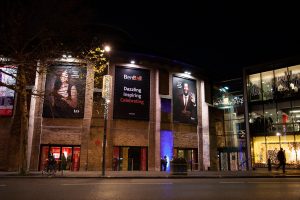 “We are living through unprecedented times and this means making tough decisions, but also being adaptable, so we plan to run a virtual fundraising event on 9th December instead, which we hope our industry will get involved in. So watch this space, we’ll reveal more in the coming months!

“We would also like to take this opportunity to give our heartfelt thanks to those who have continued to support Ben during this time – your support is more valuable now than ever before. We look forward to seeing friends, old and new, at next year’s event!”

DVSA: 88 PERCENT OF GARAGES OFFER PICK UP AND DROP OFF SERVICE

The vast majority of independent garages offer a pick up and drop off service to those that need it, according to a survey. The poll, carried out on behalf of the Driver and Vehicle Standards […]

Independents need ‘to keep up with the rest of the automotive sector’ to compete, says Andy Hamilton