BREAKING: CHANGE AT THE TOP AT FPS 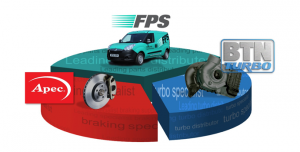 Breaking: The following statement has been released by FPS:

“FPS are pleased to announce today that Jonathan Eden is to take the role of Managing Director, effective from 1st December 2017. Jonathan joined the team in 2013, initially with responsibility for IT, and became Finance and IT Director in early 2016 following the retirement of Peter Blackburn. Prior to working at FPS, Jonathan worked in the aftermarket for 23 years, so brings considerable industry experience to this role.

FPS are also pleased to announce that Duane Trower will be joining the business from Unipart Rail on 4th December, to take up the position as Director of Logistics. Duane has substantial and broad logistics and aftermarket experience which will support the continued growth of FPS.

This succession follows the planned decision by Neil Davis and Adrian Parker to step down from the business at the end of this year, after a period of handover. Both joined in 2001, having formed part of the leadership team since then.

Neil Davis commented “It’s been a pleasure to work at FPS, a business that really is the sum of the people, and on behalf of Adrian and myself, I’d like to thank all our colleagues who have worked so hard in the business over so many years. We’d also like to congratulate Jonathan on his appointment, and wish everyone all the best for the future”.

Jonathan Eden commented “FPS has seen continuous growth for the last 17 years, and continues to invest to ensure it will keep adding value for both its customer and supplier partners. I’d like to thank Adrian and Neil on behalf of everyone for their contribution to FPS over so many years, and look forward to the future working closely with all my colleagues across the business”.