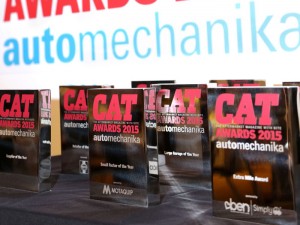 The winners of the CAT Awards 2015 were announced at a presentation lunch held at Twickenham Stadium on Friday, 20 February.

The CAT Awards, sponsored by Automechanika, have become the automotive aftermarket’s most coveted trophies. The prizes are awarded in eight categories, covering large and small garages and motor factors as well as Supplier & Retailer of the Year and a Lifetime Achievement award.

Nominations for each award are received during the autumn and the winners are decided by a public vote on the CAT website.

The award nominees and invited guests from the automotive aftermarket came together at the lunchtime event. The awards were announced by compere Henry Hope-Frost following a welcome speech by CAT Editor Greg Whitaker, and a brief outline of the work of motor industry charity BEN by Chief Operating Officer Nigel Rothband. Over £1500 for the charity was raised from guests at the event.

CAT publisher David Harris said: ‘The quality of all of the nominations this year was exceptionally high and each of the businesses set a good example to the rest of the trade. We were delighted to welcome all of our guests to the CAT Awards, an event which we hope is firmly established on the industry calendar.’

Following the conclusion of the awards lunch, guests had the opportunity to access the Twickenham pitch, the players tunnel and the Royal Box as the networking continued in the Members’ Lounge, view a gallery from the Awards here.

The winners of the CAT Awards 2015 were as follows: 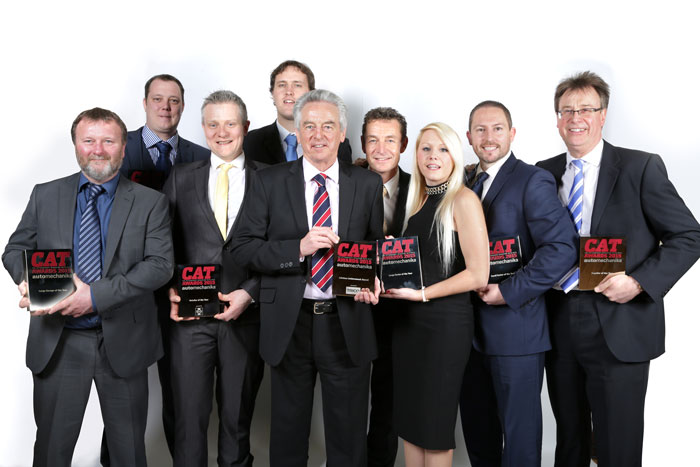