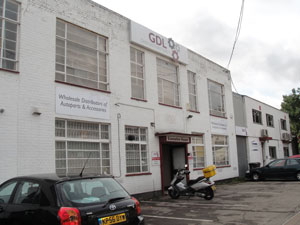 Ghai Distributors Ltd, also known as GDL, has been part of London’s aftermarket parts scene for more than 25 years supplying accessory shops and small motor factors in and around the M25.

GDL was first started in 1989 when Rajesh Ghai, started the business with his father, but the decision to go into car parts was down to a chance meeting with a contact his father had in Japan, as Ghai explains:

“My father started GDL but his usual business was in Indian textiles and importing from Japan, India and Pakistan. His partner and he were the largest wholesalers of textiles selling to Indian shops across the country at the time. It was brilliant, but events led to the partnership ending. When it dissolved I was at an age when I was doing my A-Levels, and my dad asked me what I wanted to do.

“I said: ‘Dad, my dream has always been to work with you’, so he started looking around into various businesses and see what we could actually do. We looked at nursing homes, hotels, restaurants, and one evening he had a Sikh guy who supplied textiles from Japan come over and he brought his brother.

“His brother sold spare parts and said: ‘If you are looking for another business, why not try a container from me?’. So dad got a list of part numbers and a rough list of prices and went around London across to various shops asking if they would be interested in buying certain parts and references from us. And loads of people said yes, so my dad thought this sounds brilliant, and there is margin to be made so let’s go with it.”

GDL began life in East Ham in a small shop owned by Ghai’s father doing two delivery runs a day to East London and certain parts of West London, and Ghai himself joined the business nine months later after completing his A-Levels. By 1992, the business had outgrown the shop and moved to the warehouse in Neasden owned by the textile wholesaler that Ghai’s father was a partner in. Previously, the unit was up for sale for five years but nobody bought it and has become the home to
GDL’s operations.

Ghai has been at the helm of the business for 25 years and has seen a number of changes in both the industry and the way it does business, namely seeing profit margins get tighter and tighter on products. However, despite only operating from one site and delivering mainly within the M25 area. The business acts in competition to nationwide outfits such as FPS and Euro Car Parts. 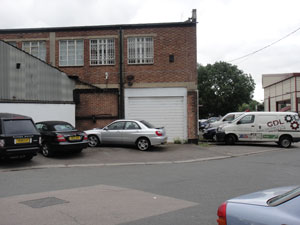 A reason for this has been attributed to the multi-cultural make-up of the capital, Ghai explains:

“London still has a lot of one man bands and small businesses. The rest of the country is very different, and we wouldn’t survive doing just what we do, but thankfully London is organic, so for every shop that closes another one opens.

“It is strange, even to this day, this year alone we have had no-one shutdown but two new shops have opened up. Where we were in East London in East Ham, which was predominantly a Hindu, Punjabi and Sikh community now has Somalian and Sri Lankan communities growing there too, so we have Sri Lankan customers now, and I suppose if you sell to
a community you are guaranteeing a certain level of income. It is all organic.”

Despite the changes to the industry and business, margins are slowly on the increase again, and GDL stands by the mantra that the secret to successful business relationships are down to people dealing with people. All the staff at GDL have a wealth of aftermarket experience, dealing with customers needs and requirements and have been with the firm for at least five years, in some cases also as
long as the company has been
in existence.

The future for GDL will see the company sticking firm to its key principles that have stood it in good stead for the last 25 years, with the addition of a web store and inclusion on MAM for its own branded filters due in the near future.