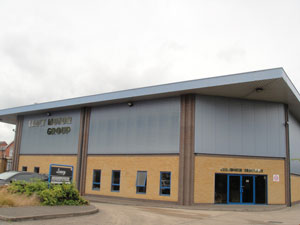 Leacy Classics in Birmingham is known for supplying classic car parts, but in 2011 the business was taken over by Richmond Design and Marketing Group and CEO David Keene.

The acquisition gave the classic car factor a new lease of life, as Keene implemented a number of changes including clearing all back orders held by Leacy, improving range coverage, increasing the speed the business worked at and exploiting the advantages of retailing online.

The changes have made Leacy Classics an efficient operation. It now exports 50 percent of its sales. All of these decisions have their foundation in Keene’s time at Rover as he explains:

“After attending a complete day of psychometric assessments, interviews and tests with 750 other people, I ended up getting taken on by Rover with eight other people.

“Rover were funding my education and bringing me into the fold, so every holiday I was spending a large amount of time in the business and going around the various departments. I finished my degree in 1986 and ended up getting a job in Canley, Coventry, where I worked my way up from junior engineer through to becoming a manager of one of the electrical departments.”

He then headed up the electrical division of Rover Special Projects in Gaydon, which was a small team designing new vehicles as quickly as possible from existing parts. The team led projects such as the Metro and Mini cabriolets, MGF and the Rover 200 Coupé.

However, when Rover management decided to shut down the ‘renegade’ Special Projects team, the whole division was redistributed across the core business, at which point Keene had enough and wanted to pursue a gap in the market. This led to the birth of RDM and a technology business developing automotive products.

Throughout the 22 years the business has been operating, Keene has worked with 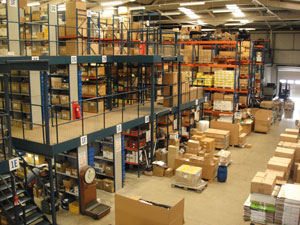 a number of OEMs including Ferrari, Bentley, JLR and design firm Pininfarina from the its base in Tile Hill, Coventry. However ten years ago, he decided a parts company was needed to supply the classic parts to supplement all the latest OE work RDM was carrying out.

“I always thought why can’t you take some of today’s technology,” he said, “such as low cost tooling, 3D printing, reverse engineering and apply it into the classic car industry?

“What you want is modern technology to create low volume parts at the right price, and since owning Leacy, we have brought hundreds of parts back into production. When I came here we were getting some parts from China, India, and all over the place. Some of those parts are now made and sourced using British suppliers and manufacturing, which proves there is a lot of skill left over from the old automotive world.” 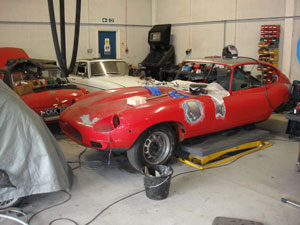 Keene adds that using British businesses to produce parts is not simply to prove the automotive industry is alive and well, but that there is demand for British engineered products especially with collectors of British sports cars:

“Most people went offshore simply because they could get it cheaper, but if you go to China now, their cost of living has caught up with us. So that gap is closing, and it gets to a point where sourcing it in the UK is just a lot easier. Also there is still that quality hallmark associated with getting it made in the UK.”