Last year’s CAT Award Large Factor of the Year winner Craig McCracken has not been resting on his laurels and we visit him following a rebrand and relaunch.

The main Autoparts distribution centre in Glasgow is housed in the old Albion Motors factory.

The site was bought three years ago by the Arnold Clark Group, which owns Autoparts, and is big enough to allow delivery vans and trucks to drive straight in to load up and decant. This is a distinct advantage if there happens to be dreich weather about.

The business, our Large Factor of the Year award winner in 2013, is just finishing off the job of rebranding all of its vans, sites and stationery to Autoparts.

Previously, says Group Factor Manager Craig McCracken who is showing us around, it might have carried the company’s A-panels name and logo, or
that of Machargs, a business acquired by Arnold Clark some 30 years ago.

Machargs is a famous local name, but McCracken says having different liveries, and even different invoices depending on the parts was ‘crazy’. Customers were confused and so now the whole branding has been simplified.

New signage was put up around the warehouse two weeks before our visit and just in time for the relaunch of the brand at the impressive Autoparts supplier show held next door in the GTG training centre.

The site has everything, from the smallest bolts and clips, housed in a space-saving carousel that carries 6000 parts, to large body panels. 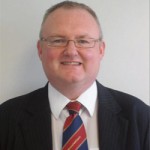 The carousel was completely dismantled and rebuilt when Autoparts moved into Albion and it’s worked faultlessly since, says McCracken.

A lot of the body panels, around a third, are sold through breaker’s yards that offer the parts to people on the hunt for a bargain if they don’t have dismantled options.

While motorists could get the parts cheaper still through a factor, the price at the dismantlers is still far less than a panel from a main dealer so they’re still happy and getting a bargain, he says.

The line was launched five years ago and, during that time, the lead on panels has been reduced significantly.

“It used to be panels for cars that were six or seven years old. Now we’ve got panels for the brand new Skoda Octavia which is only two years old.”

There are other cumbersome parts in store, exhausts and radiators, and in-house ranges, like Padtech and Disctech brake parts, Ultratech oils or Goliath batteries, which have added incremental sales, says McCracken, and not eaten into lines like Mintex.

Another programme is the Loyalty Link which gives garages equipment like lifts depending on their parts spend.

It’s a good way to try and encourage more spend through Autoparts, but it clearly works for the garages too as it now has more than 100 workshops signed up and on its books.

And then there’s the trade show in the GTG training centre. McCracken invited 1000 people to come, including CAT, and by the feel of the show in the evening they all turned up.

CAT often gets grumbles from suppliers who might feel bullied into attending events like this and, to be honest, it’s no different to begin with here.

As the beer and wine flowed, and visitors wandered from one stall to the next with burgers and hot dogs in hand, it’s fair to say that perspective changed completely.

The show was a great event and got the thumbs up from suppliers and technicians.

The accents might have got harder to understand as the night drew on, but Glasgow’s not so different to the rest of the country.

Delivery requirements are certainly the same as anywhere else – very demanding – with garages able to pick and choose from a wide range of factors clamoring for business.

There are as many drops a day to a garage as is required, says McCracken. “Within the hour is old hat,” he says, “now it’s on demand.” Another beer please Craig…