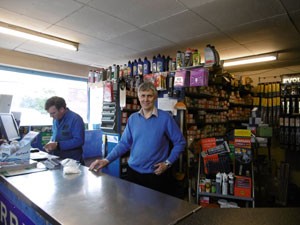 Like every market town in Britain, Bishop’s Stortford in Hertfordshire has its share of modern, big-box component suppliers. ECP has a base here and other large chains exist nearby.

It is comforting then, to step into the premises of B.J Ashpole. There’s no sign of the sloganed polo shirts, fluorescent price tags or other forms of brash marketeering associated with the large chains. Instead the staff behind the counter are wearing traditional engineer’s coats, and while there are a few people bustling about, including a couple of people on the phone, the aura is that of old-style calm professionalism. A neatly arranged pegboard displays a selection of car accessories and from the customer side of the counter, we can see rows of parts and belts lined on Dexion shelves stretching into the distance. A note to modernity on the counter are the computer terminals running AutoCAT as the factor has for a number of years been a member of UAN (which has recently been taken over by GroupAuto).

Bernard and Jan Ashpole own the business, although confusingly the name comes from Bernard’s father who was called Bernard John Ashpole. Ashpole Senior was a mechanic, but following a motorbike accident, he decided to get into the parts factoring business and so it was started at some point in the 1950s – nobody is quite clear on exactly when – and it moved into its current 10,000 sq ft location in the mid 1960s. By the standards of the day this was a vast area for a parts store, but this isn’t the only line of business at the firm. “The factoring side is our bread and butter, but we also do a lot of engine reconditioning,” Ashpole said, as he showed us around the building and into a vast workshop. Three enormous lathes, one of them designed for turning flywheels are the first thing in sight and these are surrounded by a number of engine stands and other items of workshop equipment. 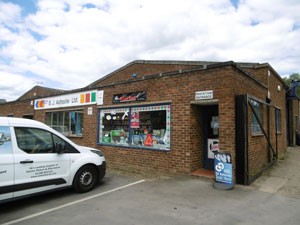 Perhaps the most fascinating thing here are the engines themselves, Ashpole is a well-known classic car enthusiast, and has a good number of engines from very old cars. On our visit there was a V8 from a Daimler Dart, an A-series from a Minor or similar, what looked to be a Chrysler Hemi engine from a dragster as well as a vast old unit from a 1920s Dennis lorry. The latter was brought in because it wouldn’t turn over, which turned out to be because a bolt had somehow been left on the piston crown, presumably by whoever worked on it last.

The business is a long-standing member of the Federation of Engine Remanufacturers (FER) and as a result gets more than just engines from classic cars on its benches. “These are from buses and coaches,” says Ashpole, indicating a number of units on the bench. “Because of the mileage and use these vehicles get, the engines need rebuilding throughout their life, and we get a lot of them in.” We also spied a number of other interesting engines awaiting their turn, including a Lister Petter marine engine, a stationary engine from a generator set or water pump and a tiny Edwardian single-cylinder motor, which readers of an engineering magazine in 1905 could assemble, with a different part coming with the magazine each month – not unlike the partwork mags advertised on TV today, although we wish they would give away something as interesting as an engine. 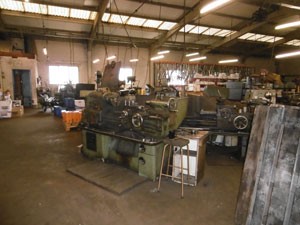 Accessories play a bigger part in the business than before, because as a respected and long-established supplier in town, people come to B.J Ashpole for expert advice despite, or possibly because of, the traditional layout. The goods on offer are mostly sourced through FPS and include the usual array of care and maintenance products from Saxon, Kent and so on. As an FER member for whom removing a cylinder head is no problem, Ashpole has been surprised by the number of customers who come in requesting the instant head gasket formulas, particularly considering the cost of a bottle can be higher than a gasket set.

When it comes to parts, Ashpole is quite clear on where the biggest challenge lies: “Managing customer expectations,” he says, explaining that the parc now being so large with multiple variations for each reference, it was still possible to get customers what they want, but not always within half an hour. On a similar note, Ashpole sees the electrification of vehicles coming sooner, rather than later. “It’s already here now and with each season, you can see more and more of these vehicles on the mass market. We’re all going to have to be ready for them.”