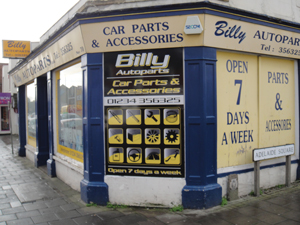 Billy Auto Parts has more than 35 years of history in Bedford, which has allowed it to be deeply rooted in the local community.

Keeping it going is tough, however, as the market and the social environment is constantly changing. Owner Nasser Khan explains the challenges he faced just to keep Billy’s moving forward when he took over five years ago.

“We have kept the same name, the same staff, the same ethos, all we have done is brought the business into the 21st century”, he said. “We have updated the computer systems, gave the shop the once over, got newer parts on the shelves, and became more responsive as we got a couple of vans on the road.

“It is a really good business now. It is well rooted in the town. If you come into the town and you say I need spare parts, where do I go, they will direct you to Billy’s because it is so well established.” 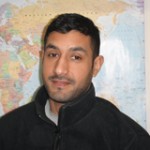 Khan admitted that it was a baptism of fire when he first took over, as it was a new industry for him, and he battled with getting to know factoring and dealing with customers at the same time.

He often questioned whether he was dealing with the right suppliers, getting in the right stock, while contending with being open seven days a week. Although he compares the experience to a rollercoaster, things have calmed down now.

One of the biggest challenges Billy Auto Parts faced was rejuvenating the stock and ranges on the shelves to deal with the ever-changing demands from its retail and trade customers.

Khan said that when he first took ownership that he originally thought the warehouse was well stocked, but problems arose when garages requested parts and Billy’s didn’t seem to have the stock available.

Khan said: “We had to take the decision to either throw all that stock away because it was all really dated, or put it on eBay. I just decided we were going to scrap it all. Yes it was stock that we had paid for, and you do feel that it has some kind of sentimental value to you, which gets you thinking that there is a Cortina out there that somebody needs a starter for, or they need an alternator for, when they need it we have got one in stock.

“I had to make room for fast moving products, so when people needed them we had got them. We updated all the ranges and made sure we had the right products on the shelves and that has really helped us. It allowed us to get more stuff in, so we managed to increase our range, and now we are able to keep more stock on the shelves.”

Another issue that Billy’s has faced is the increase in competition, and being located in the town centre means all the parking is pay and display. Billy Auto Parts decided it would sacrifice storage space to create some parking spaces.

Khan added: “We were losing customers from lack of parking, so we had to do something about that. We have created two parking bays and we have already seen a little revival since then.”

Both of these changes have helped Billy’s survive and battle against the bigger factors. Khan admits there is no point trying to match them on pricing as they have too much resource, but to try and find a unique selling point.

He said the experience gained from working in a garage prior to taking over at Billy’s provides him with a unique viewpoint, as he can understand the challenges faced both by factors and garages. This means it can better service the technician’s needs and strengthen relationships Billy’s has with its customers.

The main aim for Billy’s over the next five years is to maintain its position, and never forget that its heritage is key to its existence.

“We are fairly comfortable where we are, new people come into the town but they still won’t be able to beat that heritage that we have”, said Khan. “People say to us all the time I used to come here with my dad, and that for us is important.”