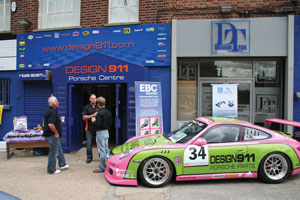 Porsches have always had a cult following with many people looking to buy, restore, and use them, especially the classic 911 family, but very few look at the bigger picture and the conundrum of sourcing parts for these rear-engined machines.

Karl Chopra, Owner of Design 911, is a big fan of Porsches and when he realised his dream of owning a 911 he quickly noticed there was a gap in the market, which astounded him.

“I started off offering customers bodykits for their old 911s turning them into the later 964 shape. The business came as a bit of a necessity.

“Everyone was doing things in such a roundabout way, and it was perplexing that somebody wasn’t sourcing and selling parts properly, going ‘here guys, it’s a one-stop shop all laid out clearly on a website’. 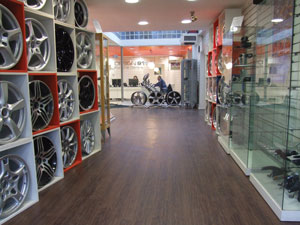 In a strange twist of fate, Chopra adds that a role reversal has occurred over the last 20 years, with a number of small businesses he originally began sourcing parts from now buying from him, as his operations expanded from distributing nationwide to worldwide.

Such is the growth, Design 911 is in the process of moving to a new 32,000 sq ft facility in Brentwood, which Chopra estimates is ten times the size of the current building, and will allow the firm to accommodate a larger warehouse, workshop and showroom. He adds that this move is important as it keeps the factor moving forward and allows the business to stock far more in its warehouse, as it aims to dispatch all parts and products within 24 hours.

He says: “We are expanding what we are doing at the moment with the classic car market going through the roof. The way people are buying things has also changed a lot, because there used to be a thousand phone calls a day, now it’s a thousand emails a day or done via the website. 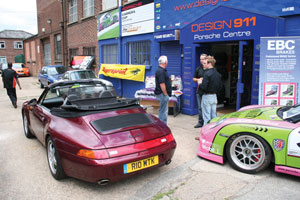 “It is something that we have kept on top of as people now want instant reactions, and we are trying to focus on what the customer wants. It is basically what I would want, if I bought something from the internet, I would want to know where is it, why haven’t I got it, and it is the same with car parts. We have invested a lot in technology and websites and all those sorts of things to remain at the forefront for our customers.”

Being a Porsche parts specialist means that Design 911 caters for all Porsches across the spectrum from the 356 all the way through to the latest Macans, with the factor also known for supplying OE Porsche parts. The biggest obstacle for Chopra and his team is finding those niche components that Porsche no longer makes anymore for its classic models.

To combat this problem Design 911 has a workshop where 40 of the company’s own 911s are in the process of being restored mainly down to Chopra’s own love for the car, but also to understand how the cars are built, source replacements for everything that could be replaced and trial aftermarket products made as a replacement part.

He says: “A lot more parts are becoming available because somebody has gone through the painstaking work of sourcing it and found an answer to not being able to get that part.

“The workshop helps us to overcome these problems. For example we got a rubber seal for a rear Targa screen which doesn’t fit very well. We will scrap it and go to somebody else. If we start supplying a product that doesn’t fit properly, then our customers are going to have the same issue, and we can find that out before we start selling hundreds of them.”

For Design 911 the classic car market is where a large part of its business lies, and with the move to Brentwood imminent, Chopra can only see this boom for restoring 911s continuing as more and more of the old models get drawn into the craze for the most exclusive models.