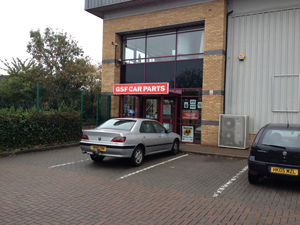 John Marsden explains how to keep parts moving around one of the busiest areas of the country.

The great comic writer Douglas Adams once noted that no-one has ever described something as being ‘as beautiful as an airport’. Surely, when he wrote this, he must have been thinking of the mish-mash architectural styles around Heathrow. The buildings near the transport hub are similarly mismatched and on a stark, grey and rainy October morning you really wonder who designed it.

However, what the area lacks in coherence, it makes up for with industry. Every street around Heathrow is alive with businesses, large and small plying their trades. With this comes a need for transport – it is a well-recorded fact that the nearby junction of the M25 deals with more traffic every day than any stretch of road in the UK. This means that there is an unusually high concentration of garages in the area – as well as the parts distributors that supply them.

This is where GSF Heathrow comes in. Originally a logistics hub for the car parts chain, it is now a main branch that can also supply other sub-branches. However, with the grinding traffic particularly dreadful on the day of our visit, we had to wonder how the branch managed to get parts to garages so quickly. The answer turned out to be simple, as Branch Manager John Marsden explained:

“We use an agency of four bikes, so we use them every day and they distribute within an area of local trade – taking out parts such as service kits. It’s something that we thought of around two years ago as it saves the vans going in and out of local streets.”

He explained that the role of deciding which garages will have stock delivered by bike falls on the dispatcher as they know which garages are more likely to require an immediate response.

“If you can have this service for customers on the doorstep, you can have parts to them inside ten minutes,” explains Marsden. “Using vans, it can take 45 minutes even if the garage is practically next door.”

While you are not likely to fit half a dozen batteries and a pile of exhaust boxes on a bike, neither would you want to send one too far afield, so for this the branch has no fewer than 16 vans. According to Marsden, it is really important to work out the routes to achieve the fastest response times possible, as the competition are never too far away. “ECP flank us both left and right and there’s an Andrew Page to the south,” he grimaced, adding: “Every garage has a price on their rent per the hour – so we have to get there quickly. ”

You also need to build a rapport with customers and supply them with parts that fit, of course. Marsden explains: “Service levels are important as well as how the sales team are with their customers. People buy from people,” he says.

“They will obviously buy from the rep first as he’ll be going in and pushing the GSF brand, and from there it is about building the relationship.” In Marsden’s view, it is only after the garage is an established customer that it’s worth offering incentive schemes and free stuff.

Marsden finds that older customers tend to have divided loyalties, which can be problematic. “While they might like buying from GSF and have no problems with pricing and love our product, they do like to spread their spending so they are not putting all of their eggs in one basket,” he says, explaining that people who have been in the trade for a while like to feel that they have an allegiance with multiple suppliers. “Everyone in the trade would like to become a one-stop shop, but only a very small percentage of customers will use you in that way,” he says.

However, in-house brands which never used to be seen in garages, particularly with the older customers are now among the fastest moving lines. Marsden says: “People used to buy and rely on OE stuff and the aftermarket only when necessary. Now that’s no longer the case. GSF’s house brand, Vetech as a range is something we’ve been pushing more and more and have been strong with a range of consumables, oils, granules and gloves. Once people use the oil and realise it is good and that both the garage and their customer are saving money there is a knock on effect.”

Marsden started with the company back when it was simply called German and Swedish. Right up until 2006 the chain only sold parts for cars from either German, Swedish (and latterly French) brands. “But every day we now sell parts for all makes of vehicles. In the early days, the product range wasn’t there, but the intelligence side of the business has greatly improved, and I would say we are now competing quite nicely.” 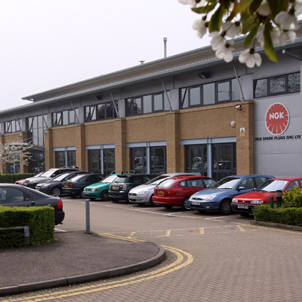