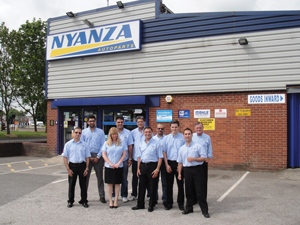 Many things in life are shaped by circumstances and words of advice and wisdom we receive from people close to us, and that continues to resonate with the owner of Nyanza Autoparts Sasch Raichura.

He said: “My dad kept telling me that in the parts game you will always find a job in the world as long as you know about cars.”

Raichura and his family originally came to the UK from Uganda at the time when Idi Amin came to power, and his first step into the aftermarket was with Edmunds Walker (EW) aged 15. His progression within the company was swift.

Raichura, through the tutelage of Peter Gee, his boss at EW, who he credits with helping him develop his career, among others, took notice of his abilities and within two years he had him running the counter at the Coventry branch.

Both Gee and Roger French, who was a general manager at the Coventry branch, played a pivotal role in Raichura’s progression and gave their good graces as he went off to support his family’s small factoring operation – which interestingly began with just £300 – Nyanza Autoparts.

The business itself started off in a small front room of a terraced house and before long the factor had secured its first accounts with Peter Joyner’s First Line and Shaun Walker’s FAI, before acquiring Abbey Motor Spares, which had been named worst factor in the country by CAT the same month Nyanza purchased the business. 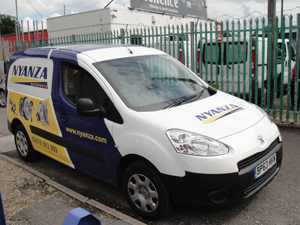 The purchase of Abbey required a lot of investment to create a purpose-built unit, and after a lot of work, it managed to revive the fortunes of a business that had lost its way.

“For me, to buy Abbey was a big thing,” said Raichura. “We were the new kid on the scene, who came from nowhere, and not to just buy it but to take it to another level. It was a challenge trying to tell the locals that we are here to stay, and now we have bought a business and are turning it into something successful.

“We started getting busier and busier, as people found out what we do, the range we carry, and the service we give. We used to stay open for long hours because we knew we needed the money and for the name to go around, and all that work turned it all around.”

About 12 years ago Nyanza had the opportunity to centralise its operations from the two sites it used to operate from, as Raichura explains:

“The site we now use was once owned by Clutch, Brake and Autospares, which Chris Swan’s Finelist bought. Apparently, this was a closed site and Peter Joyner, who is a personal friend of mine, rang me when Finelist collapsed, to say this site is still on the books. I approached the owners and they wanted to get rid of it as long as I didn’t haggle on price.”

Raichura had managed to capture a site that would allow the business to grow, however it took almost 18 months to get planning permission before he could renovate the building.

Since then Nyanza has looked to build on its service offering by creating an e-commerce website which allows customers to shop at any time, and click and collect from store.

“We invested a lot of money into it, and to start with it sounded a crazy idea to build an e-commerce site,” said Raichura. “But today we are fortunate that it is working great and we are getting enquiries from all over. To me it has put us on the map.

“I now think about it as one of the best things we have ever done, as it is another selling tool.”

The creation of a website gives Nyanza customers an online sense of professionalism that Raichura and his team have worked so hard to achieve in branch.

He adds: “We have a company that is ready, and everything is in its place. We have got all the latest MAM computer systems, you look at our stock which is up to scratch, a fully fledged e-commerce site, operative warehouse and we are the complete package as far as independent factors go.”