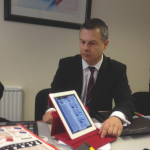 It would be easy to take different business decisions with the benefit of hindsight, but that’s a mystical power that none of us have.

When Steve Catling, Robin Etherington and Peter Ground succeeded in their management buyout of consumables and parts supplier Pearl Automotive five years ago, they didn’t know the 2008 recession was just around the corner. They are now the Managing Director, Finance Director and Customer Services Director respectively of the company which celebrates its 40th anniversary this year.

Pearl, which started out in consumables before branching out into retail packs and hard parts, has weathered the storm. Its profitability is up, and it’s launched three impressive new catalogues, a very user-friendly iPad catalogue, electronic trading and a slick new website (password protected to ensure it only supplies to the trade).

Its Wot Not pre-pack retail line, Pearl Consumables and High Tech Parts offerings are more distinct from each other. Its private label business is thriving, and it has new blood in the sales department with the recent appointments of Neil Hyett as Sales Manager and Jade Newton Chambers as Internal Sales Development Executive.

Pearl Automotive is poised to take some of the other steps it wasn’t able to in 2008 due to the economy. Catling says: “The last five years have been challenging. Was it a good time to buy? Probably not, but we didn’t know. To be fair, nobody did. It’s been a rollercoaster.

“We are leaner and fitter. The prevailing situation meant we had to look at cost-savings. We needed to get a clear definition of our brands, and we needed to get electronic trading.

“The plans we had in place five years ago we didn’t meet for obvious reasons, but we’ve survived and now we’re ready.” 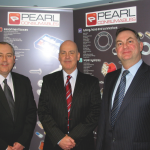 A major objective from 2008 had been to move out of the 30,000 sq ft unit that Pearl currently occupies in Benfleet, Essex. The company has been in the building for 27 years, and it’s beginning to creak at the seams.

Catling describes it as a ‘rabbit warren’, but Pearl is now on the verge of signing on the dotted line for a new building which should further increase efficiency and profitability.

“What we’re looking to do with it is improve on our service, our availability and our productivity,” says Catling. “It’s about improving the bottom line, because that’s what’s been difficult over the last five years.

“We were also looking for someone who could manage the sales force day-to-day, and we’ve now got the man to do the job,” he says.

Neil Hyett is that man: “What I wanted to do is look at the orders coming in and see where we could upsell. Jade’s very clued up on this sales process, but she’s also good at getting us on Twitter and getting the website updated.

“We want to be growing the sales by four percent this year which, in the current marketplace, is challenging, but we’ve got the brand new cataloguing and interactive version which is really, really important. It’s modernised, and the impact it has is huge.”

The iPad version is certainly eye-catching and easy to use. The sales team are equipped with them when they go to meet customers, and it’s available to download now from the Pearl website.

With its ability to jump far more quickly from one product range to another, it should certainly help Pearl with an uplift in sales numbers along with the new paper versions. 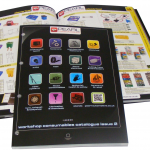 Catling says of the Pearl catalogue: “It’s right for the aftermarket. It flows nicely and we’ve made a few statements which we think are important.

“It is not our policy to supply to van sales or the end user. There are people out there who want to supply to all levels, but we won’t. Our business has been built around supplying the motor factor and retail sales networks. That is what we do.”