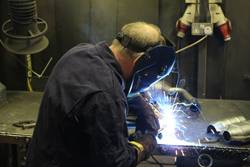 European Exhausts and Catalysts may not have a history stretching back into the mists of time, but it does have a solid reputation and a growing customer base.

Formed in 1997 by entrepreneur and exhausts expert John Clark, day-to-day running of the company has now fallen to his son, Clark: “My father John had over 40 years experience in the exhausts industry. Back in the early 90s he identified there was a real market for planning ahead with replacement catalytic converters, just before the legislation passed that cars would need them fitted. Allowing three or four years for the OE ones to fail, 1997 seemed like a good time to go into business.

“We traded out of a little warehouse in Fareham, we probably had 15 employees at that time. It was literally started in a barn down the road.”

A family atmosphere is prevalent at EEC’s HQ near Portsmouth, one of five sites the company has within the UK. Employees tend to stick around, one example we meet started with the company when he was 15 and is still here, approaching his early 50s. 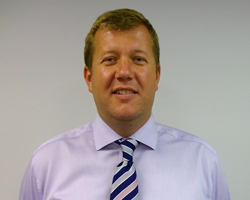 “We literally bought cats, put them in a box and sold them to customers,” says Clark. “Then we decided to get someone to make the parts for us instead of buying them in. We got involved with a company who were making cats. Due to my father’s relationships with Kwik Fit from his earlier days, they wanted our parts in each of their branches. It grew from there.”

Growing is something EEC has done a lot of in the past few years, going from a split of 85:15 on turnover coming from the UK and Europe respectively to approaching 50:50.

An increasing portion of the company’s stock is made here in the UK, too. Clark says having the Union Jack on a product has already proven to be a benefit for the company: “We have a German customer who feels it is beneficial to push that things are made in the UK. His customers think there is quality in UK manufacturing.

“I think UK manufacturing is key for everyone. They need to know where the product is coming from, even from a components level. We don’t lie about it, everything we say is made in the UK, is made here. If a quality product can be achieved for a good price here in the UK, then I’m all for it.”

EEC Sales Director Duncan Richards says that DPFs are now a big seller for the company, as well as traditional catalytic converters and exhausts, though there’s still an education barrier: “The first DPF was from Peugeot in 2001, but you had to wait for the demand to come through. We got active on it about five or six years ago. The DPFs currently are where the cats were when they first came out. There’s an uncertainty and a lack of understanding on the product. If people don’t follow the fitting process, then they’re going to open a real can of worms.

“When we talk to customers now we always mention the DPF tool we do. As a selling point to the workshop we know there are a lot of people still doing those short journeys in diesel cars, so they’re going to have a problem when doing the regeneration. By having the tool and by being able to read the soot content, you can advise customers and offer to do the regeneration. It’s going to be a lot cheaper than buying a DPF.”

The DPF tool has also proven to be a nice seller for EEC. Costing £425 it comes with a 12 month subscription to updates, currently being released on a monthly basis. Duncan notes that when garages can charge up to £120 per customer for a forced DPF regeneration cycle, the tool can be paid off very easily.

“The whole selling point is why tie up another large analytical piece of kit when you can get this involved for a lot less,” adds Clark. “There are more customers getting involved with DPFs so more garages need to have this.

“The trouble is that the vehicle owner doesn’t know, they only see the DPF warning light coming on. It’s up to the garage to tell them.

What does the future hold? Clark notes that with business in Europe growing, it might make sense for EEC to have a more permanent presence on the continent: “Depending on how our business in Europe grows, there would be an increase in benefits for our customers if we did have a bigger presence there. We are a family company, though, and we like to keep it local.”