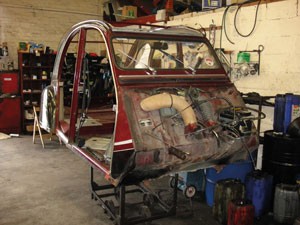 The Parisian-made Citroëns of old were known for their compelling ride, but since the vehicle manufacturer joined the PSA group, the cars have become somewhat mundane.

Paul King, Founder Director at Paris Automobiles, suggests that the merger caused Citroën to lose some of its charm and become just another Euro box, with no character. Although the days of the quirky Citroëns and hydraulic suspension have gone, King can’t help thinking that Peugeot missed a trick all those years ago.

“Citroëns were a niche market and other garages simply wouldn’t touch them, especially anything with a hydraulic suspension. But somebody up at Peugeot decided you didn’t need to make cars that complicated anymore, even though it made the ride 100 times better, the frequent leaks and expense were its biggest problems,” he says.

“I would have thought that Peugeot would have kept the hydraulic suspension models going, because everyday we would be spending hundreds of pounds on hydraulic cylinders, spheres, accumulators and regulators with Citroën. But they must have lost a fortune from the aftersales and parts side, because you just wouldn’t need to buy anything from Citroën now.” 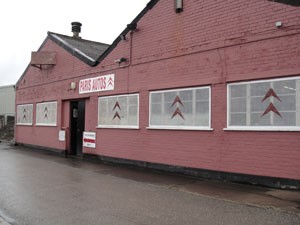 This sudden demise of the hydraulic suspensions also affected Paris Autos to such an extent that the business has been simply ticking over for the last few years, as the garage explores ways to expand its appeal.

King admits that the future does look bleak, even though the garage has been diversifying its abilities to draw new business, and adds that he wishes he spotted the future during the heydays as he recalls.

Initially starting out as an apprentice at a Citroën dealership, King developed an appreciation for this ‘oddball’ car, before going alone in 1983 ahead of finally setting up Paris Automobiles in 1989 in the height of the market.

He adds: “In the 1990s the work just snowballed and throughout the decade and the noughties business was phenomenal. We didn’t need to advertise as the work just started piling in, because nobody else would take them, unless they took them to a main agent where they would be charged an arm and a leg.

“Years ago taxi drivers used BXs and Xantias, which were notorious for springing hydraulic leaks. Every Monday morning we used to come onto the estate, and there would be a trail of fluid all the way in off the taxis or people who had a bust over the weekend, so Mondays were spent working furiously to try and get them back on the road.” 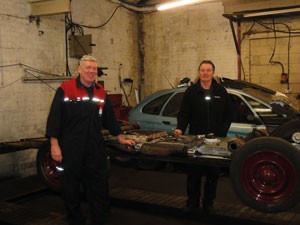 The period was a boon for the garage as its diary would be completely full, as well as having vehicles redirected from other garages in Lancashire and Cheshire, through to the RAC and the AA towing Citroëns straight to Paris Autos. King admits: “We were so busy we didn’t look to the future because that takes care of itself, right? The cars piled in then, but now I am sat here waiting for the phone to ring.”

Paris Autos are known across the North West as hydraulic suspension specialists, and were a cheaper viable option than the Citroën dealerships, and still able to make a decent margin on jobs, as King explains.

“The hydraulic suspension was the key to Citroën, and on their own they were totally different. Rolls Royce and Bentley use them now under patent from Citroën. But every three or four years the suspension goes from the best ride in the world to the most dangerous ride in the world when the sphere goes faulty.

“People used to come in with their cars and say their suspension doesn’t feel right because the spheres lose their gas day-by-day and the void is filled with oil, which you can’t compress. But when we put five new spheres on, one for each corner and the accumulator sphere, changed the oil, for £300 it was like a new car again. People were over the moon with it, you could do it in an hour, two at the most, and for £300 which made them brilliant jobs.”

One regret that King does have is not spotting the future classic potential for vehicles such as the 2CV and the DS models, as both were prone to rusting and due to low resale values at the time Paris Autos was at its peak many were sent to be scrapped. However, there has been a boom in the values of classic Citroëns with 2CVs being worth around £6000 and £7000, while DS models can be worth up to £50,000.

“We should have realised the 2CV was a classic,” reflects King, “but they were a throwaway car at the time, because they rusted away. We should have specialised in 2CVs because people would pay good money for them or the DSs and the CXs as they are all classics.

“We just never saw the future, and some people did, like one guy in Bradford who specialises in doing up 2CVs and H-Vans.”