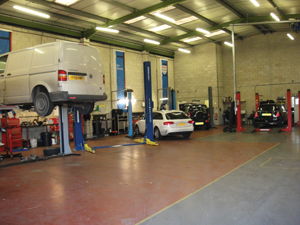 Joint owner Mark Walker talks to CAT about realising his dream of owning a garage.

From the age of 14, Walker has wanted to own a garage, after working at a backstreet workshop helping out.

By the time he was selling new cars for Peter Gilder Audi in Sheffield, he believed it was a dream he no longer wanted.

Walker says: “It got to a point where all that was beneath me, and I thought I am not going to get dirty for a living. I am selling cars and driving nice Audis.”

He continued working for dealerships and made the move to Hartwell Vauxhall soon after where he met up with his future business partner, Gary Cutting.

Walker soon made a huge decision to start up his own business selling cars from a plot of land in Chesterfield. In 2004, Cutting wanted to start his own enterprise, and both he and Walker formed a partnership. 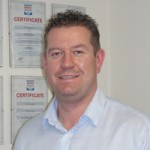 “We wanted more than a plot of land and a portacabin, we wanted some bricks and mortar to go with it,” he adds. “We got the opportunity of a showroom and workshop in Kimberworth and that is where it all started.

“It was coincidence that I ended up in Kimberworth, where I grew up, with a garage.”

From thinking he no longer wanted to run a workshop, Walker was suddenly employing three technicians to work on cars. It was almost a dream come true he says, but needed a little extra to get there.

The business continued to grow to a point where they had to find bigger premises, and in 2009 they secured a unit in the centre of Rotherham. The move also saw Walker and Cutting, join Bosch’s Car Service Network.

“We looked at Bosch Car Service, but our old site wasn’t really good enough. So we took the plunge in 2009. It was a big, big investment, and all of a sudden the recession hit, and it was very hard, as nobody around here was investing in this trade like we were.”

The first two years under the Bosch scheme were very tough for Walker & Cutting as they continued to invest in the business and the staff, and they suffered the pinch of the recession and zero profits.

“We are quite proud of it to be fair,” says Walker. “We made the decision that if we made someone redundant, we would both feel like failures, so we kept paying staff despite no work coming through the door and not pay ourselves.

“There is nothing worse than coming to work, working hard and not earn any money for two years. We made a decision that we have an obligation to our staff not legally but morally, as they look to us as their source of income.”

Walker explains that during the recession they had to look for other forms of income, as it wasn’t possible to rely solely on work coming through the door. The garage picked up a lot of work from council staff, as well as pitching for contract work.

Walker says: “Since moving here, we have developed the fleet work we do, so 30 percent of our business is now company car drivers, big fleets and leasing companies. Through ourselves and a few other Bosch garages we also developed the Bosch fleet programme as well.

“A lot of these leasing companies won’t just send you work, you have got to start doing a few jobs for them. Gradually you start building it up to the point where you start getting two to three jobs a day in, and it has worked out like that.”

Looking back Walker acknowledges that all the hard work put in is now seeing the garage begin to reap the rewards, as Walker Cutting is having its best year to date.

Walker says: “I just can’t believe how being that little lad at 14 who wanted his own garage to thinking I am too good for this sort of thing, and I am not getting dirty for a living, back to living in Kimberworth with a garage, you just couldn’t write it. It was so strange that would happen and now we have ended up with a fantastic business.”