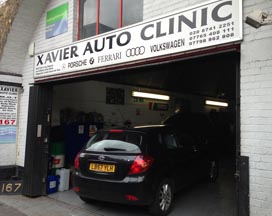 After two wonderful years working on CAT Xavier Auto Clinic in London is actually the first proper ‘under the arches’ garage I’ve visited.

As the rumble from the 10.35 from Waterloo subsides, I ask owner Phil Xavier how he got into the business: “My father was a mechanic and between school I helped him out in the workshop. That’s how we started off.

“Then I went to work for another independent before setting up my own garage with a couple of Lebanese guys in Notting Hill. I eventually decided it was time to go on our own, so I went into this venture with my brother in 2004.”

It’s hard to ignore the elephant in the room – the fact that Xavier’s is only accessible down a very narrow street underneath the bridge. There are a number of businesses nestled under these arches, but few rely on as much access as the workshop.

“Passing trade is non-existent, but TfL could do a lot more to help us. We can’t put any advertising up for the businesses down here. It’s all done by word of mouth and leafleting in the local area.”

It’s certainly working for the business, however. On the day CAT visits, the workshop is overflowing with cars. Xavier has built a reputation for dealing in prestige models, and he says this has led to some profitable work: “The majority of what we do is Porsche work, we get recommendations from Porsche Post and other places.

“Last year our most profitable work was air conditioning, the year before it was Porsche engine rebuilds. This time around it could be the Terraclean.”

Terraclean sounds like a planetary experiment, but the engine cleaning system is a by-product of research to develop a new type of ultra-clean engine. The result has been developed for the garage market, and bought into this country by distributors Randstad. Thanks to marketing in print and on TV, the product has taken off.

The process takes around 25 minutes and involves connecting the Terraclean machine to the vehicle and allowing the specially formulated solution to circulate around the engine. Carbon deposits are removed, restoring performance and reducing fuel consumption and particulate emissions. On the car we tested, C02 emissions fell from 0.97 to 0.66 on a quick cycle.

Randstad’s Phil Dowd meets me at Xavier’s for a demonstration: “The reason garages want to buy this equipment is thanks to the public awareness we’ve been getting.

“That’s what generates the trade interest. Relying on the trade to sell another service and another product is hard anyway, so we’ve done that for them so it becomes easier for them to sell to customers.”

Dowd has around 150 sites operating both the petrol and diesel versions of Terraclean at the moment, but aims for 250 by the end of the year. At the current rate of growth he’ll smash past that.

The machines are selling so well that at the time of our visit 18 customers are waiting to take delivery. “In five years, I want this to be a household brand, “ says Dowd. “I want people to know they need a Terraclean service. Once people have had it done, they’ll come back, it’s getting over that initial scepticism.”

Consumers are often quick to dismiss additives and treatments as snake oil, but Phil Xavier says the treatment has become one of his biggest earners: “There is nothing like it on the market. It’s profitable. I’ve done ten in one day before now.” 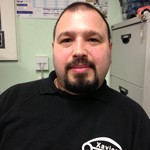 Perhaps that’s the reason why, despite shelling out £6000 for both the petrol and diesel Terraclean machines in July last year, Xavier has already paid for both of them. Anything he makes now, then, is pure profit. Diversifying has certainly helped Xavier to survive the past few years, but he knows he can’t let his business rest on its laurels: “A few years back I would have said recession? What recession? But now the dealers are starting to fight back, they’re really squeezing prices.”