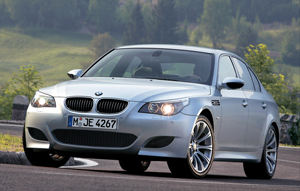 This month sees us focus on another fleet favourite, the BMW 5 Series. The mid-sized Beemer has established itself as a common sight on UK roads, with this model now into its sixth generation, although we are focusing on the fifth gen also known as the E60 and E61 range.

The 5 Series was originally debuted in 1972 and has gone on to set the standards for the mid-range premium saloon market alongside the Mercedes-Benz E-Class and Audi A6.

Next month we’ll be looking at the second generation Renault Megane, so if you have any insights to share, we would be delighted to hear from you. To get your advice included contact hemal.mistry@haymarket.com

Click below to see technical contributions on the BMW 5 Series from:

Autoelectro – looks at rotating electric issues with the Beemer

Remy – talks about the noisy steering systems on the BMW