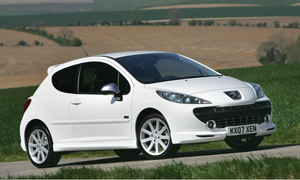 Carrying on the Inside Line series, we move on from the third generation Mercedes C-Class and turn our focus towards a French supermini, the Peugeot 207. The 207 comes from a rich vein of supermini Pugs over the years which is now represented by the 208.

The 207’s blood line began with the chic and very popular 205, which was built in various guises including the famed 1.6- and 1.9-litre GTis. This was followed by the equally popular 206 model range, which also gained fame through its hot hatch version and creative television adverts.

The Peugeot 207, which we are examining in this issue, was launched with a range of powerplants in various guises, which included 1.0-, 1.2-, 1.4- or 1.6-litre petrol engines and 1.4- and 1.6-litre diesel options. The 1.4- and 1.6-litre petrol and diesel engines were developed with BMW and also found their ways into the second generation BMW Mini. This variety of engines has provided some additional challenges.

Next month we’ll be looking at the BMW 5 Series, so wherever you work in the aftermarket if you have insight to share, we would be delighted to hear from you. To get your advice included contact hemal.mistry@haymarket.com

Click below to see technical contributions on the Peugeot 207 from:

Autoelectro – looks at rotating electric issues with the Pug

Corteco – explains how to tackle TVDs

Dayco – looks challenges with replacing the belt on a Peugeot 207

Gates – on why Synchronous Belt Systems shouldn’t be taken lightly

Lucas Oils – busts a common myth faced on the Pug 207

ZF – talks about the orientation needed on Sachs clutch plates