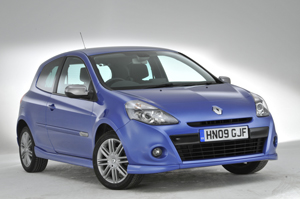 Carrying on the Inside Line series, we move on from looking at the BMW Mini and turn our attention to another supermini which is one of the nation’s favourites – the Renault Clio.

The Clio was once crowned and is still considered one of the best small cars on the market despite so much competition.

In this issue we are focusing mainly on the third generation Clio that not only saw changes to the outside and the interior but also under the bonnet.

The new range of Clios saw it get a grown up appearance, matched with a good range of powerplants. Motorists were spoilt with the 1.2-, 1.4- and 1.6- petrol engines, while there was a 1.5-litre diesel, as well as the 194bhp 2.0-litre engine found in the Renault Clio Sport.

The new engines and models will provide technicians with additional challenges, some of which we have outlined below.

Next month we’ll be looking at the Volkswagen Polo, so if you have expertise, knowledge and insight to share, we would be delighted to hear from you. To get your advice included contact hemal.mistry@haymarket.com or peter.lawton@haymarket.com

Click below to see technical contributions on the Renault Clio from:

Corteco – explains how to make oil changes efficient on a Clio

Forte – comments on throttle valve issue with the Clio

Globaljig – explains why jacking up a Clio may not be straightforward