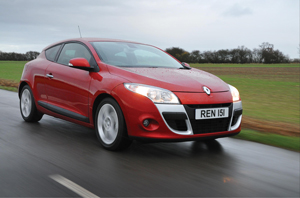 This month sees us focus on the stylish Renault Mégane. The hatchback has established itself as a mainstay in the hatchback market alongside the likes of Volkswagen, Vauxhall and Ford, with this model now into its third generation, which we are focusing on here.

Next month we’ll be looking at the fourth generation Mercedes E-Class, so if you have any insights to share, we would be delighted to hear from you. To get your advice included contact hemal.mistry@haymarket.com.

Click below to see technical contributions on the Renault Megane from:

Autoelectro – looks at alternator issues with the Renault

Cambiare – covers a variety of issues that are common on the Megane, and a VOSA warning notice

Dayco – explains the challenges of fitting a new HT belt

Manbat – looks at battery issues on the 2009 onwards Megane