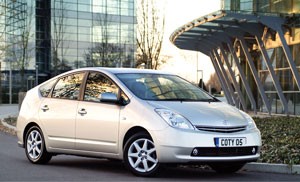 For the first time in CAT’s Inside Line Series, we focus on a true hybrid vehicle. The Toyota Prius, now in its third generation, is famous for its electric and petrol powertrains.

The second generation Prius, which we feature in this issue, became the iconic vehicle of the hybrid generation, as it became popular amongst those conscious of the environment, celebrities and taxi fleets. Now in its third generation the Toyota is one of many hybrids on the market, which sees it compete alongside the Vauxhall Ampera, Honda CR-Z, as well as Volkswagen’s Bluemotion and Ford’s Ecoboost vehicles.

The Toyota was rated by the United States Environmental Protection Agency as one of the cleanest vehicles sold in the country, with more than 1,192,000 Prius being sold worldwide, which means many are beginning to find their way into the aftermarket.

The combination of electric and petrol powertrains have provided some additional technological challenges among other more conventional issues.

Next month we’ll be looking at the commercial vehicle trio; Renault Trafic, Vauxhall Vivaro and Nissan Primastar, so wherever you work in the aftermarket if you have insight to share, we would be delighted to hear from you. To get your advice included contact hemal.mistry@haymarket.com.

Click below to see technical contributions on the Toyota Prius from:

Cambiare – covers a variety of issues that plague the hybrid Toyota

Forté – explains why flushing the engine and fuel system is essential