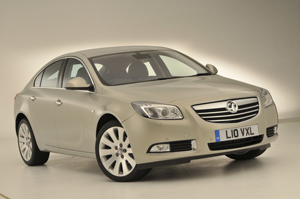 Carrying on the Inside Line series, we move on from looking at the Volkswagen Polo and turn our attention to the Vauxhall Insignia. Now in its second generation this car remains a firm favourite with fleet drivers. In this issue we are focusing on the first generation Insignia.

This was Vauxhall’s attempt to claw back some of the mid-range saloon market from the Ford Mondeo, and the fresh, desirable-looking Insignia was a significant upgrade on the inside and out of its predecessor the Vauxhall Vectra.

Unveiled in 2008 as the beginning of Vauxhall’s latest refreshed and grown up look, the new Insignia managed to claim European Car of the Year in 2009.

The Insignia was launched with a good range of powerplants. Motorists were spoilt with the 1.8-, 2.0- and 2.8-litre V6 petrol engines and a couple of 2.0-litre diesel options. The 2009 Insignia saw the introduction of stop-start technology, which has provided technicians with additional challenges.

Next month we’ll be looking at the BMW 1 Series, so if you have expertise, knowledge and insight to share, we would be delighted to hear from you. To get your advice included contact hemal.mistry@haymarket.com or peter.lawton@haymarket.com

Click below to see technical contributions on the Vauxhall Insignia from:

Autoelectro – explains issues with rotating electrics on the Insignia

Cambiare – covers a number of issues with the Insignia

CES – covers a number of issues with the Insignia

Corteco – explains the seal issues on an Insignia

Dayco – looks at the belt system on the Insignia

First Line – analyse faults with braking and friction on the Vauxhall

FPS – comments on a whole host of common issues with Insignias

Suplex – explains the variety of springs on a Vauxhall Insignia

ZF Services – advice on changing the steering system on an Insignia