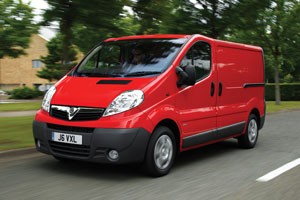 Another first for CAT’s Inside Line Series, as we turn our attention to commercial workhorses the Nissan Primastar, Renault Trafic and Vauxhall Vivaro.

The second-generation van, which we feature in this issue, is a common sight on the roads, even though the Vivaro and Trafic have moved onto the next generation.

The vans were first introduced into the UK market in 2001 and went out of production in 2014, as the new model competes with the latest offerings from Ford, Mercedes and Volkswagen.

These engines combined with a six-speed manual and automatic gearboxes have provided some additional technological challenges for the aftermarket.

Next month we’ll be looking at another commercial vehicle; the Mercedes-Benz Sprinter from 2006 onwards, so wherever you work in the aftermarket if you have insight to share, we would be delighted to hear from you. To get your advice included contact hemal.mistry@haymarket.com

Click below to see technical contributions on the Nissan Primastar, Renault Trafic and Vauxhall Vivaro from:

Autoelectro – analysing issues with the rotating electrics on the vans

Dayco – looking at belt driven systems on the Trafic, Vivaro and Primastar

Meyle – examines faults with the suspension on the Vauxhall, Nissan and Renault vans

RMI – explains common issues with the trio of vans

Schaeffler – explores common issues with clutches, bearings and belts on the vans

TecRMI – gives us the lowdown on some big problems on the Vivaro, Trafic and Primastar

Valeo – heating up the debate on radiator problems on the Vauxhall Vivaro, Renault Trafic and Nissan Primastar