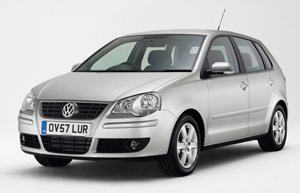 Carrying on the Inside Line series, we move on from looking at the Renault Clio and turn our attention to the Volkswagen Polo.  Now in its fifth generation it remains one of the most popular small cars on the road.

In this issue we are focusing mainly on the fourth generation Polo (however there are some tips for earlier and later generations too). It was facelifted in 2002 and once again in 2006, but also regularly updated inside and under the bonnet.

The Polo Mark IV had a more grown up appearance, matched with a good range of powerplants. Motorists were spoilt with the 1.2-, 1.4- and 1.6-litre petrol engines, and a 1.4- and 1.9-litre diesel versions. Later models of the Polo also saw the introduction of BlueMotion technology and DPFs, which provide technicians with extra challenges.

Next month we’ll be looking at the Vauxhall Insignia, so if you have expertise, knowledge and insight to share, we would be delighted to hear from you. To get your advice included contact hemal.mistry@haymarket.com or peter.lawton@haymarket.com.

Click below to see technical contributions on the Volkswagen Polo from:

Cambiare – covers a number of issues with the Polo

Corteco – explains the suspension issues on a Polo

First Line – analyse faults with bearings and bushes on the VW

Forte – comments on sticking valve issues with the Polo

Remy – explains there is a difference in the rotating electrics used

Suplex – explains the variety of springs on a VW Polo