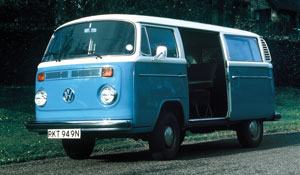 The Volkswagen Type 2 is next on our ramp, with the family of vans ready to enter its sixth iteration. The original Type 2, which some class as the split window model, was built in the 1950 and 1960s before the revised, bay window T2 made its first appearance in 1967.

The Type 2 was eventually replaced in Europe by the T25 (known as the T3 elsewhere, but not to be confused with the VW Variant which is also known as the T3) but the air-cooled T2 continued to be produced in Mexico until 1994 and as the water-cooled VW Kombi as late as December 2013.

The European Volkswagen Type 2 was equipped with a range of flat-four air-cooled petrol powerplants, including 1.6-, 1.7-, 1.8- and 2.0-litre engines. These vehicles were fitted with 4-speed manual and occasionally with 3-speed automatic gearboxes along with half shaft axles and constant velocity joints which have provided some different challenges for the aftermarket.

A few late-model water-cooled versions have also found their way into the UK. These are fitted with a version of the original Polo engine.

Next month we’ll be looking at the Jaguar XJ X350 and X358, so wherever you work in the aftermarket if you have insight to share, we would be delighted to hear from you.

Click below to see technical contributions on the Volkswagen Type 2 from:

Autoelectro – rotating electric considerations and foibles on the Type 2

Forté – on keeping the Volkswagen engine running at full performance

Type2.com – guides technicians through removing the engine and transmission on the VW

Volkszone – typical issues and foibles that T2 owners are faced with