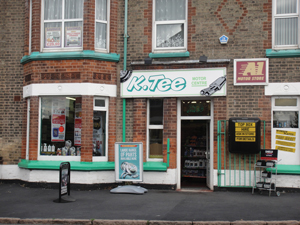 Peter Black takes CAT through his 40 years in the automotive industry and 30 years in retail.

He started in the motor trade 41 years ago for a company called Kettering Tyres, under the management of colourful character Peter Unwinn.

Soon after starting out in the industry he ended up managing a branch of Kettering Tyres in South Wigston, Leicester. Little did Black know that he would be the owner of that shop 10 years on.

Black reflects on his decision to buy the store from then owners Goodyear.

“Being a local lad and the manager here, I could see the potential, but a large part was also down to the staff and personality as well.

This two year grace gave Black enough time to get his business off the ground and on its way to build its strong local reputation. Despite appearing to be on a side street and operating out of a converted residential house, he maintains that he is in a privileged position. 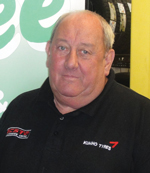 “I am quite lucky because I have a shop selling car parts and accessories, but I also sell and fit tyres, exhausts and batteries, which takes two-thirds of my turnover. In the mid-80s, we were in the final of the CAT Shop of the Year Award, and that is saying something considering we are operating in a converted house, that is all the shop is.

Being in the retail game for almost 30 years means he has seen many changes, but he explains that while the industry may have changed, A1 Motor Stores has given his store the professional edge needed to prosper.

“They brought a lot of professionalism. They allowed a small independent like me to have up-to-date posters and good point of sale, because they did it all in the package when you join. It opened a lot of gates for us, we opened accounts with suppliers who wouldn’t allow you to open one if you were on your own.

“As a small independent without A1 it would have been very difficult, and I wouldn’t be able to have done what I have done.”

Even with K.Tee Motor Centre’s professional edge, Black is quick to mention that he has had to face a number of challenges including the ever increasing amount of health and safety criteria needing to be fulfilled, facing rejection from A1 after its invitation to join the group back in the 90s, and the emergence of motor factors, which he says was no good ignoring, but to take advantage of its presence.

One of the greatest challenges K.Tee is still facing is keeping up to date with the ever-changing trends. The difference in customers over the 30 years from those price conscious shoppers, to those who only focus on brand names, to the internet and even the added sophistication of the vehicles on the road.

He added: “I used to buy bodyfiller by the ton. We used to have a ton of bodyfiller and fill up a dozen cans a week, because all you did back then was fill holes in cars when they went rotten. Whereas cars today are far superior, and don’t go wrong as often as they used to.

“But the selling side changed due to the internet. We tried to sell online through eBay a couple of years ago, and I couldn’t believe where we were sending products. We were selling exhaust trim and headlight bulbs, and they were going to London and Manchester. I could understand if it was going to the Orkneys, but I guess there is a lad with a Vauxhall Corsa outside doing all of his shopping sat in his bedroom.”