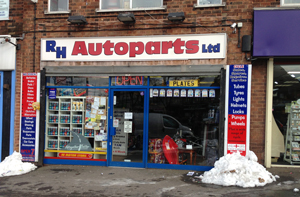 Have you ever parked on a roundabout? Neither had I until I went to visit RH Autoparts in Birmingham. Here cars are allowed to park in allocated bays on the outside of the roundabout, easing congestion and allowing the 70 or so shops in the local area to benefit from passing trade.

Shop Manager Kevin Stockton has seen it all come and go. It’s RH’s 40th anniversary this year and Stockton has been there for much of its life, beginning at 17 when he took a Saturday job stacking shelves, and returning to run the store after a short interlude. “Thankfully they don’t seem to enforce the parking measures we have around,” he says “Most people drive to work now rather than walking and that used to be passing trade. At 5pm of an evening when the buses started to come back and drop people off we used to get a lot of passing trade. That’s gone slightly because the buses go somewhere else now.”

Stockton admits the day is going slowly when CAT visits on a cold March afternoon. The last of the unusually-steadfast snow is beginning to melt away and the shop has benefitted from the cold snap: “There is certainly a winter season, but it relies on us having the cold weather. You see an increase in the anti-freeze and so on. If you have to get up and scrape your own windscreen, then you know you’re going to have a good day.”

Good days aside, business in the area isn’t what it once was. “I could name five retailers that have closed down in the past five years. Longbridge going certainly hurt us. When that shut up seven years ago we lost a lot of trade. The shops closest to Longbridge went first and it spread from there,” says Stockton. 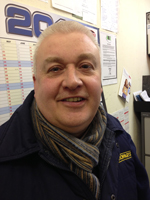 Compounding the problem even further is a new Asda superstore due to open a mere 500 yards from the shop’s front door: “They’ll have the products that we sell for less. I refuse to stock some products if I see them in Asda and such. I ask suppliers why I should buy it from them when I can buy it for less from Asda.

“We don’t know what will happen, because there are lots of shops around here. We don’t know whether it will kill us or people will come back to us. After being here for so long it makes me feel unsure and pensive.”

RH might have to change its tack to suit a new type of customer, and it’s already started. The shop has been dealing in cycles for the past 15 years and has built up a reputation within the town: “The market has changed completely but we still do cycle repairs, that brings in more money than selling the actual cycles now.”

The extra push given from signing up to A1 Motor Stores should also help RH to weather the storm. Despite being offered, the shop chose not to use the external A1 branding that has become the identifying mark of the chain: “Nobody forces you to put the signs up and it does give you more clout. As soon as we joined we saw supplier prices going down because people negotiate prices with the group. We have the clout of a buying group without being one. I think you can remain independent and still be part of the group, you can take it as far as you want.

“The signage and promotional products that they do we simply couldn’t afford to do on our own. We use the A12U warehouse as well, it’s a benefit because it means we don’t have to keep lots of stock on the shelf.”

Stockton also has a catalogue of local garage contacts to fall back on. RH does local factoring for a dozen or so loyal accounts, and that’s helped to cement the businesses’ reputation with the trade: “As a shop we can give them a lot of business, we can direct trade to them. It’s a two-way street. If you trust the garages you supply, you can work together. We’ll even book MOTs or servicing for customers with the garages.”