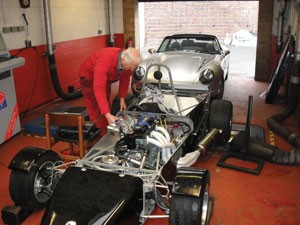 Alan Goodwin guides CAT around the mystery of tweaking an advanced curve.

Aldon Automotive in the Midlands is a household name in the world of classic cars and motor racing, and with 45 years of experience preparing race cars, building and servicing classic cars and developing the mechanical and electrical advanced curves, it is no wonder Owner Alan Goodwin is very proud of his company’s achievements.

He does point out that while race engine building and preparation was at the heart of the company’s foundations, it was the purchase of a rolling road that changed everything.

The business started off with former BMC apprentices Goodwin and business partner Don Loughlin building a monocoque racecar on a mere £200 and a Ford Anglia van. They managed to secure six orders from Canada, and in the process took out a loan from the bank, but unfortunately the person failed to produce the rest of the money so it left the pair in a financial hole.

“Within 18 months we had gone from having £200 to about minus £20,000 which was a phenomenonal amount of money in those days,” said Goodwin. “I just got married, and I was thinking ‘what do we do now?’

“At the time there were very few rolling roads. One was in Birmingham and it was mega busy. Don said to me that is the future – a rolling road. I said ‘how the hell am I ever going to be able to afford one of them?’ 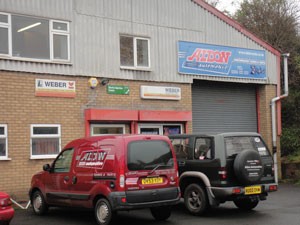 “Talk about digging a hole for myself. I owed the bank god knows how much,” says Goodwin. Yet based on how successful the existing rolling road was, he decided that there was room in the market for another.

It was from there that Aldon took off, but the installation of the rolling road inspired another interesting line of business for Goodwin to explore. The Aldon Distributor is a well-known product in classic car circles, and the rolling road played a major part in its development, as Goodwin explains.

“One thing you did on pre-electronic cars, such as Minis, Cortinas, MGBs, Escorts, was put on a set of twin Weber carburettors and a new distributor, but nobody had modified the advanced curve in the distributor. So we did, not necessarily to get more power, but to drive more smoothly through the range.

“By running the cars on the rolling road we found out that the distributor wasn’t right, so we used different springs, different weights and made a different advanced curve.”

It wasn’t until journalist and tuning guru of the 1970s David Visard stumbled across the modifications to the advanced curve, that the concept took off. 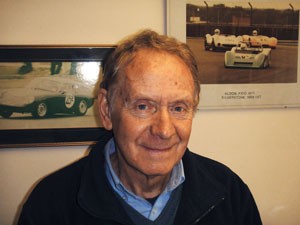 “He got to know about us and he said ‘this is great’,” said Goodwin. “So he wrote an article on it for Cars and Car Conversion (CCC), which was the bible at the time for tuning. It was a three or four page article on us making distributors, and it went atmospheric. People like Ripspeed, Minisport, Mini Spares, Burtons just ploughed orders in for this modified distributor – the Aldon Distributor. We were the gurus for modified distributors.”

As the interest in classic cars rose again the firm explored electronic ignition. Through American firm Petronics, Aldon imported units which were rebranded as the Aldon Ignitor for the UK market, and was designed to fit within the distributor cap, which proved a hit with classic car owners.

This led Goodwin to look into modernising the distributor, by getting an ECU to regulate the system, as he explains.