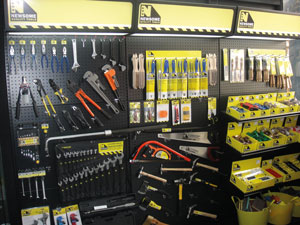 Newsome Tools situated in Sheffield began life back in 1967 from hand tools and equipment sourced from across Yorkshire and Nottinghamshire from a van, in 1972 current Managing Director Martin Newsome joined his dad’s company and joined him on the road selling tools, as he explains.

“I had six months to kill before turning 19 and taking up a job I had been offered, so we filled a van I had bought with stock and off I went North of Sheffield and that was it.

“At the end of the first week I knew that was what I wanted to do, and the attraction for me was a motor accessory shop owner I met at the end of my first week, who explained that he left school at 15 and now he had a business and a Jaguar XJ6.

“The point at which we broke even was very low, as you just had your stock and you sold it. We used to sell tonnes of jacks, so we used to go down and pick them up from this barn in Nottinghamshire. What happened was if you bought a second hand car, invariably there wasn’t a jack in it. So a lot of motor shops would have a relationship with a car dealer and they would sell them by the box, we even got them into Asda, and it was good because you could get it turned over.”

Over time the business grew with a dedicated sales team now on the road visiting motor accessory and other tool retailers across the country, and as with any company looking to grow and expand its operations importing and exporting goods becomes an important factor. Newsome Tools imports tools from the Far East and also exports them to a number of countries including Bulgaria and the Republic of Ireland.

All this experience dealing with businesses and companies abroad means that Newsome Tools has expanded its offering to include providing additional services for other companies, such as allowing online resellers to use the firm as their stock room, as Newsome explains.

“What we do for them is dispatch the goods under their advice note, so it will say the name of an online company, but we have shipped it for them. Another part of the business is importing for other people. There is a certain type of buyer who is getting the best possible terms but then he doesn’t want to go down the road of importing himself because of all the vagaries and the uncertainties, and so they let us do it.

“So we get the product to exactly the specification they want and if they are happy with it, I will give them a fixed price in sterling. After that they don’t have to worry about anything as it is delivered to their door and invoiced in sterling just as if it has come from a UK supplier.

“It comes into the docks, and is then shipped straight to the customer. We don’t really get too involved, and that makes us a bigger player in the Far East, and gives us more buying power than if we were a supplier buying in for our own requirements.”

To offer a credit facility for others to use, doesn’t come easily, as Newsome explains that due to the amount of sourcing that the company has done in the Far East means the business is in a position to receive credit from firms in China. He adds that having such an option to offer makes the business a bigger player and gives new importers the option to get 90-days credit. 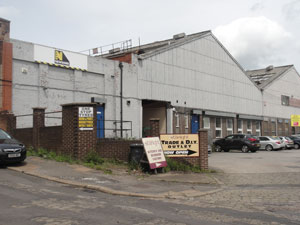 Newsome adds that dealing with countries across the world and attending the Government’s export missions means you get to grips with different business cultures and have the opportunity to meet local retailers and people from different industries.

“The first ever export I did was in 1990 to the Republic of Ireland and then I attended a Government scheme called Export Explorer, which gave you market research on Belgium, Norway and Iceland and four warm leads. We currently export to eight different countries and 20 percent of our turnover comes from exporting goods, and it is just that little bit of icing on top of the cake for us.

“Last month, we were just ticking over, and then a couple of nice exports came in and that was it – we were off and the whole thing changed. But it is a long-winded cycle from actually going there for the first time to getting the first order. People’s buying decisions aren’t as quick as the fluctuations in the currency, so they are not going to say ‘we are going to drop that range today’ because tomorrow it could be the other way around. In principal importers’ and exporters’ decisions are based on a range of factors over a period of time and that is very much the business today.”