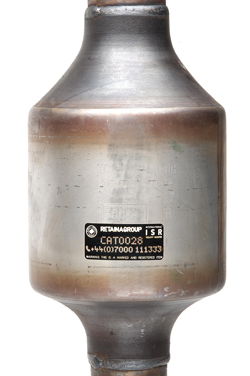 The aftermarket has increasing opportunities to sell catalytic converter protection and replacement for stolen devices as thefts have more than doubled over two years, according to new research by the BBC.

James Mackay, Sales and Development Manager at CatLoc, told CAT that some thefts are of the whole exhaust system, not just the catalytic converter, as thieves attempt to resell on the second hand market.

Mackay believes that garages should be prepared to face enquiries about securing catalytic converters, but replacements will also be needed.

“With the extra publicity today it will be in the minds of the public. They are going to be on the lookout for a solution.

“You should look around at what solutions are out there. We know we are not the only ones out there. The locking system does exactly what it says as it acts as a visual deterrent, with anti tamper bolts and International Security Register markings. It makes the catalytic converter worthless to a thief as it has traceable markings on it.”

British Transport Police say that 4x4s and light commercial vehicles are at particular risk, as Red5 Managing Director Jonathan Elvidge can testify. All 15 of his fleet were targeted in one fell swoop.

The introduction of the Scrap Metal Dealers Act is making thieves lives more difficult, as it bans all cash payments in order to make tracing easier.

Magistrates are also able to impose unlimited fines for those flouting the bans, operating without a license or breaching the conditions.