CATCH UP AT THE NEW BEN CARE HOME

Nigel Williams updates us on this fabulous charity: 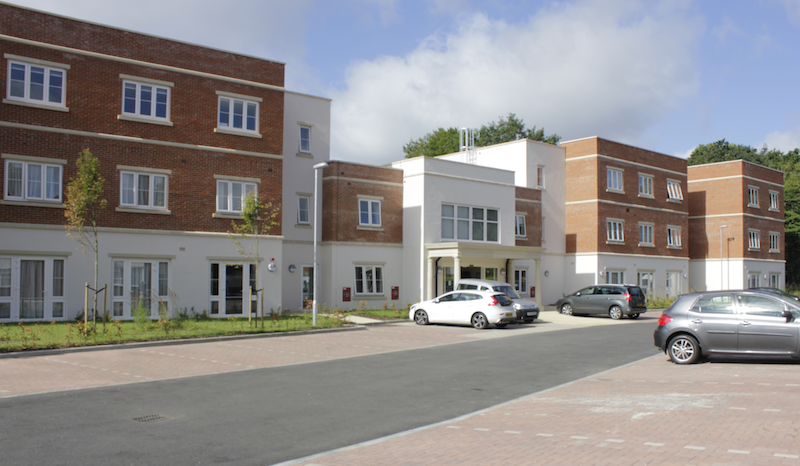 If you ask anyone in the aftermarket if they have heard of BEN, the chances are that they will have done – and in all probability have donated to the organisation at some stage or other.

However, if you ask the same person to describe what the charity does, the chances are you will get a minute errs before a description of an ancient care home in the countryside somewhere. This will mostly be pieced from dim recollections of very old magazine articles and sepia-tinged adverts from days past.

We were curious to find out if these images were still relevant, so we paid a visit to Sunningdale, the site of the rambling Edwardian house you might have seen in some of those old pictures. The first shock is that that the building is no longer there. Indeed, on our visit a bulldozer raked through the foundations of where the house until recently stood. Next to it a complex of new buildings have taken its place. From the outside, the new buildings couldn’t be more different as they are a functional mixture of brick, steel and glass.

In fact, this gleaming new care home is one of four operated by BEN. It isn’t the only thing the organisation does either, as new man at the charity Nigel Williams is quick to point out. “We are not just a nice little charity that the industry gives a pat on the head and says ‘thanks very much’ he says. “We want to be the main channel of support in the industry – and we want to be an integral part of the industry.” 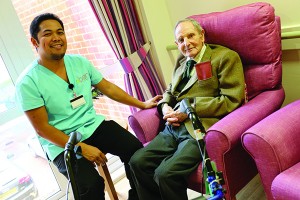 Care homes and day centres are only part of the support that Williams talks about. Indeed, the organisation runs a helpline (referred to by Williams as a ‘lifeline’) that currently offers help and advice to free to callers. Topics typically revolve around the four ‘pillars’ of BEN’s advice, namely support for mental, physical, financial and social fitness.

Williams has bullish plans for expanding the number of people that will benefit from the service. We’ll return to this subject in a later issue as for now, we’ve got a care home to look around.

We are far more used to looking at workshop ramps or accessory shop gondolas than walk-in wetrooms or elevating beds. However, it is clear that the facility is the most modern of its type and different sections have been constructed around the varying needs of groups of residents. For example, a block (known as a ‘house’) designed for people with dementia features pictograms on doors as well as the word.

Colours and furniture have been picked according to the client’s groups needs and perhaps most pleasingly each unit has access to an outside courtyard space with greenery and benches. Each area has walls and doors designed so that the residents can safely enjoy their areas without fear of getting lost or encountering any significant trip hazards. There’s also a ‘high street’ area with a bar, bistro and hairdressing salon as well as a hydrotherapy pool. This area, Williams tells us is popular when relatives visit because it is similar to a day out without actually having gone very far.

There are also a number of activities for the residents to enjoy such as baking, arts and crafts and gardening.