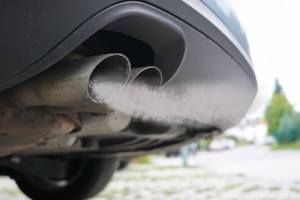 Pollution from many popular diesel vehicles gets much worse in cold weather, according to a report.

Information compiled by test data firm Emissions Analytics suggests that Euro 5 vehicles are the most affected.

Tests were done on 213 models across 31 manufacturers and the findings indicate that vehicles could be operating for much of the time with their pollution controls partly turned off. There is a suggestion on the BBC website that VMs are taking advantage of the rule to switch things off, even in mild weather, because it improves the consumption of the car.

“I would say from the Euro 5 generation of cars, it’s very widespread, from our data. Below that 18 degrees [Celsius], many have higher emissions… the suspicion is, to give the car better fuel economy”; Emissions Analytics CEO Nick Molden told the BBC.

“If we were talking about higher emissions below zero, that would be more understandable and there are reasons why the engine needs to be protected. But what we’ve got is this odd situation where the [temperature] threshold has been set far too high, and that is a surprise”.

The firm also recently tested a number of current Euro 6 engines and found in real-world applications all of the four-cylinder engines on test produced more NOx than the largest V12 petrol motors fitted to super-luxury cars.