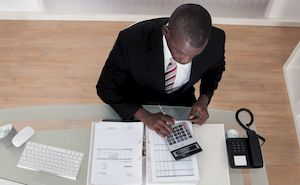 Running a company and holding a directorship involves a number of duties and obligations. The law is very prescriptive about this, and for good reason. In exchange for limited liability and general immunity for company debts, directors must care for the success of the business and also, should insolvency loom, protect the position of creditors.

The authorities take a dim view of those that breach the law. Take the November 2017 case of Kieran Jon Fox, the sole director of Doncaster Auto Parts Limited. He was disqualified from being a company director for three years and six months for trading “to the detriment of HM Revenue and Customs” by failing to pay £94,999 in respect of PAYE, National Insurance and VAT – monies owed at the time of liquidation. HMRC’s analysis of Doncaster’s bank account showed that at least £505,877 was spent from the account between 7 June 2015 and 9 June 2016. Over the same period at least £95,687 was paid to him in respect of loans, wages and dividends and at least £373,537 was paid to other parties. Total liabilities to creditors at liquidation were £358,237.

DIRECTOR’S DUTIES
According to Peter Windatt, an accountant and licensed insolvency practitioner with BRI Business Recovery and
Insolvency, companies must have at least one director who is legally responsible for running the company and making sure its accounts and reports are properly prepared.

Directors must be at least 16 and not disqualified; while most have a director’s title, the law recognises what is termed a shadow director. “An individual in this situation,” says Windatt, “is without title but nevertheless acts as if they are a director. Consequently, the law assigns them the duties and obligations of a formally titled director. Avoiding the term ‘director’ doesn’t remove the duties and liabilities from an individual.”

There are a number of general statutory duties placed on directors by the law which Windatt outlines.

“Firstly,” he says, “directors must act within their powers – that is, comply with the company’s constitution and exercise powers only for the reasons they were given.” Windatt explains that directors must critically act in a way they consider is most likely to promote the success of the company for the benefit of its members: “To do this they must have regard to all relevant matters, which the law specifically says involves ‘considering the likely consequences of any decision in the long term; the interests of the company’s employees; the need to foster the company’s business relationships with suppliers, customers and others, as well as the impact of the company’s operations on the community and the environment; and the desirability of the company maintaining a reputation for high standard business conduct; and the need to act fairly as between members of the company.’”

But there are other obligations to note: Directors must exercise independent judgment, that is, not be swayed by others, and must also exercise reasonable care, skill and diligence. This is key for Windatt – he says directors must be diligent, careful and well informed about the company’s affairs: “If a director has particular knowledge, skill or experience relevant to his function (for instance, they are a qualified accountant and act as a finance director), they will be judged accordingly.”

Another duty to note is the need to avoid conflicts between director’s interests and those of the company. This means not accepting benefits from third parties unless the company authorises acceptance, while declaring any interest in a proposed transaction or arrangement before it is entered into.

A final duty is close to Windatt’s own professional interests. Directors should consider or act in the interests of creditors (particularly if insolvency is a possibility) while maintaining confidentiality of the company’s affairs.

WHEN THINGS GO WRONG – DISQUALIFICATION
Of course, many businesses are well run and outlive their founders. However, when a business fails “the Insolvency Service will,” says Windatt, “examine the failure and if the director and his actions have been found wanting, can seek the disqualification of the director(s).”

He offers a note of advice to directors: “To protect their position and to comply with the law, directors should ensure their companies maintain and preserve proper accounting records and should submit them to the relevant authorities upon insolvency.” He frequently sees directors investigated by the Insolvency Service with a view to taking action against them, and says: “Any director that’s been disqualified will no longer be able to act as a director of a company; take part, directly or indirectly, in the promotion, formation or management of a company or limited liability partnership; or receive company’s property. For most, this is likely to have a significant impact on their future earnings, especially as they may be disqualified for up to 15 years.”

PENALTIES FOR BREACHING DISQUALIFICATION ORDERS
There will always be some who consider that they can ignore a disqualification order, but they risk severe punishment. In these circumstances, they face imprisonment for up to two years and/or a fine on conviction following indictment; or imprisonment for up to six months and/or a fine on summary conviction. And the threat isn’t idle – there have been convictions.

Interestingly, but not unsurprisingly, Windatt’s seen some directors who are disqualified, either under the CDDA or by virtue of being made bankrupt, have their spouse/partner or other close friend/relative “front” a business while they carry on running it from “behind the scenes”: “This frequent scenario unravels when the business fails. At this point the stooge quickly reveals what they were and who the real controller was.”

To conclude, companies can and do fail for any one of a number of reasons, most of which are unfortunate but not deliberate. But where a director has not acted in good faith or in accordance with their duties, they can expect their activities punished and their ability to earn a living curtailed.