Crowdfunding: A route to success? 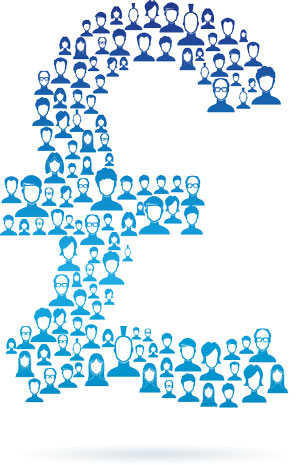 The phrase of the moment is ‘crowdfunding’. Coined a few years ago, it refers to the process of seeking and raising finance from a large number of individuals each of which commit to give a small amount of money, often as little as £5. The process is very distinct from the traditional bank funding method where a large number of people apply to a few institutions for funds.
The web has been such an enabler and it’s allowing those needing finance to use it and social media to reach out with their projects to those happy to take a punt. A May 2014 report from UK-based group The Crowdfunding Centre showed that more than US $60,000 were raised on an hourly basis across the globe.

There are three main categories of crowdfunded finance – donation/reward crowdfunding, debt crowdfunding, and equity crowdfunding.
With donation/reward crowdfunding, lenders give because they believe in a project and not because they specifically want a return. So instead of interest they may receive publicity, tickets to an event or a notional gift. For them it’s the thought that counts.
In terms of debt crowdfunding, an investor’s reward is the interest returned on top of the money that they lend. This form of lending is popularly known as peer to peer (P2P) lending and is the form of crowdfunding most likely to upset the traditional high street banks.
The last of the categories is equity crowdfunding that as the name suggests, means that investors exchange cash for equity – shares in a business. But just like shares, the value of the investment can rise or fall.

Borrowers need to consider the amount needed to determine the type of borrowing they need. US-based Crowdfund Insider reckons, albeit in US dollars, donations are good for amounts under $10,000, rewards work for sums between $10,000 and $100,000, debt should be used for loans of $25,000 to $100,000, and equity is ultimately for sums between $250,000 and $3m plus.
In picking the platform on which to post a funding request, the advice is that firms should do their research while looking for reliable track record information by asking questions such as – how much money has been raised by similar projects? How many projects actually raised funds? Do they claim to serve a niche (is there proof)? Do they have proven financial backing? Does the management have any background in crowdfunding or venture capital? And does the platform feature set (say social media) support marketing plans for a campaign?

Detail beyond the pitch

Borrowers should make it easy for investors by offering an opportunity for online investors to hop off the fence and invest before they get distracted by something else. Speaking, where possible, to potential investors in person allows useful insights into their background and experience and what they can bring the business should they invest.
Not everyone will know what crowdfunding really is, and nor will they be aware of the Seed Enterprise Investment Scheme (SEIS) tax break. By investing in a firm that qualifies for SEIS, they will receive 50 percent of their investment back through tax breaks. Explaining these terms may help secure funds.
What’s it going to cost? There are a large number of lending platforms with an equally large variance in costs. Take a look at catmag.co.uk/this-issue for some useful links. 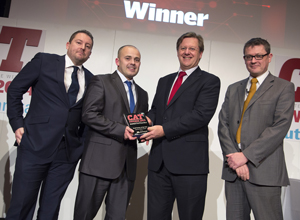 Former RAF officer Jason Farrugia and two other co-directors set up Spartan Motor Factors in 2012 after spotting what they thought was a gap in the market.
However, Farrugia found cashflow to be an issue as each new branch needs staff on board at least two months before opening.
In May 2014 Farrugia pitched a request for £75,000 online with Funding Circle – funding that was gained from 1251 investors. Farrugia chose to use Funding Circle because he says it was the easiest to use: “The banks had all the information but were taking ages. Funding Circle said they could have everything done and dusted in a week and it was only going to cost 1 percent more than borrowing from the banks.” The choice was made easier for Farrugia since his financial advisor recommended Funding Circle.
Spartan has grown quickly to four branches and more may follow in the future. It’s possible that Farrugia may well return to Funding Circle. Interestingly he notes that the banks are keener to help now – “but I’d feel disloyal by not using Funding Circle.”