An employee of battery charger firm CTEK has been arrested by Melbourne police over alleged theft of trade secrets at a recent trade show.

The incident took place at the Australian Auto Aftermarket Expo held in Melbourne earlier this month. In a lawsuit filed in Ohio by the NOCO company, prosecutors allege that the employee stole a notebook containing sales strategy, contacts and other sensitive information.

CCTV footage confirmed the theft and the man was detained by exhibition centre security until local police came and made a formal arrest.

“We want to thank on-site security, members of the AAAA, and MelbournePolice for their efforts in arresting the individual,” said Thomas Smith, Director of Public Relations on a press statement.

Smith described the action as ‘evidence of a possible systematic corporate mandate’ to curtail the U.S firm’s growth, something CTEK denied, describing it as an ‘untrue allegation’.

While it accepts that the theft occurred, it said the actions were taken by a lone individual, no longer employed by the company.

In a statement, Jon Lind, Chief Executive at CTEK said: “There was an incident involving a CTEK employee at the Australian Auto Aftermarket Expo in Melbourne, Australia. That individual acted completely on his own, and in disregard of [our] Code of Conduct and instructions. This was an isolated incident by a person acting at his own behest. This person is no longer employed or otherwise associated with CTEK”.

In the lawsuit, NOCO is seeking damages and hopes to obtain ‘injunctive protection against the use or dissemination of its trade secrets’ 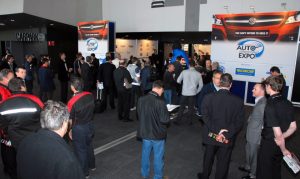