The Transport Select Committee has published its long-awaited report on the spate of Zafira car fires and Vauxhall’s reaction to it.

The report follows last year’s hearing, in which a panel of MPs grilled GM bosses on the issue. In it, the committee is damning of the VMs original claim that the fires were caused by ‘improper repairs’ carried out by the aftermarket. “A fire cannot occur in a Zafira’s heating and ventilation system solely because the resistor controlling the speed of the blower motor has been improperly repaired; another fault, such as corrosion of the blower motor due to water ingress, would also need to be present” read the opening paragraph of the report’s summary.

The document is particularly critical of Vauxhall’s apparent reluctance to accept the part that corrosion in blower motors in the affected models has played in causing the fires, noting that Vauxhall’s initial investigation did not identify all the failings that could cause a fire. 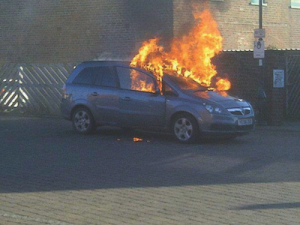 An executive summary adds: “Vauxhall does not appear to have grasped the seriousness of the issue, placing the blame on third parties and addressing the problem, in the first instance, through a non-coded action rather than a recall”.

The report explains that while Vauxhall blamed the problem on ‘third party repairs’ the car-maker made no effort to find out where such ‘dangerous practices’ were carried out. However, the strongest words in the report were reserved for Vauxhall’s decision to let people to continue to use their cars after the first recall turned out to be infective ineffective amounted to ‘a reckless disregard for safety’. “This is particularly damning given its admission that it should have notified customers earlier”.

You can read the summary, recommendations and the full report here